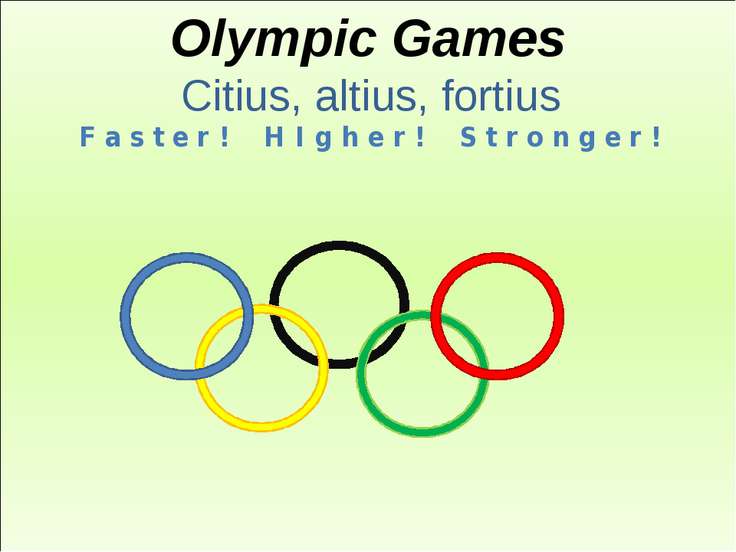 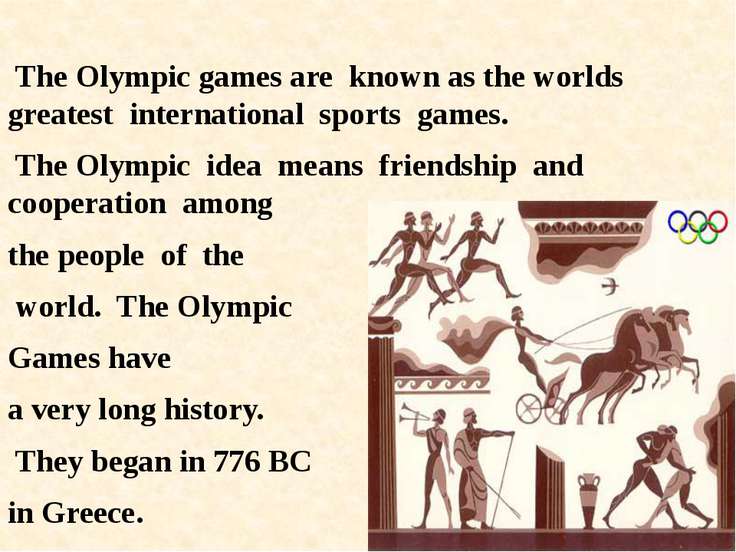 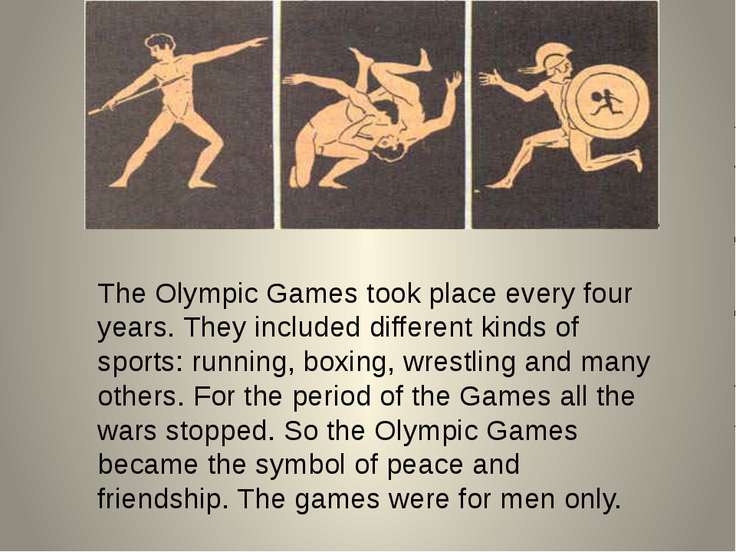 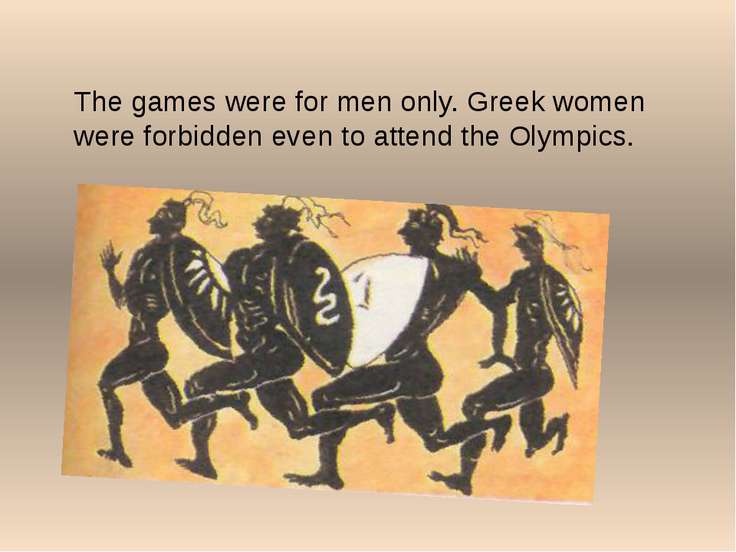 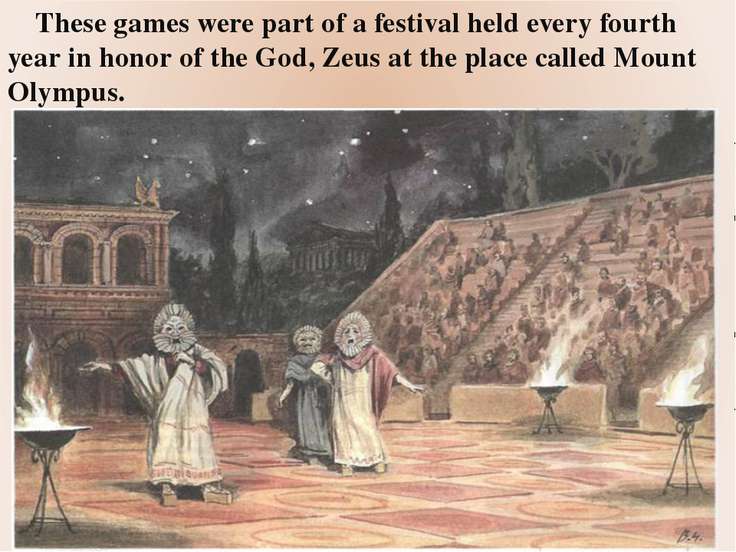 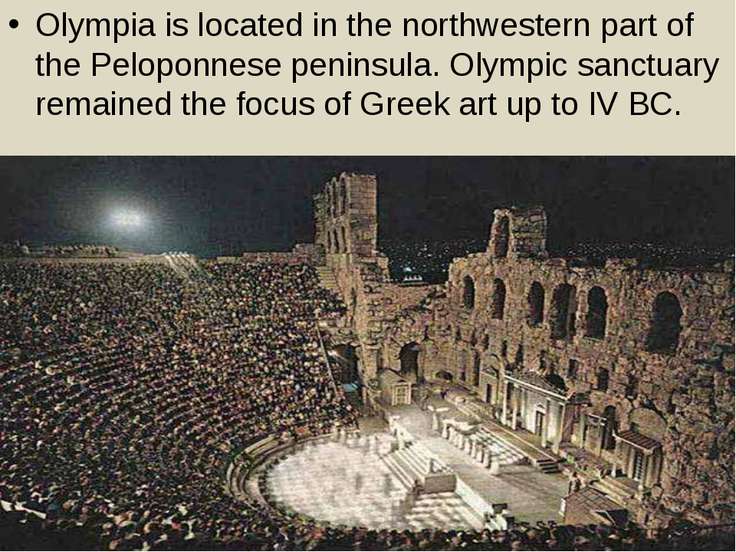 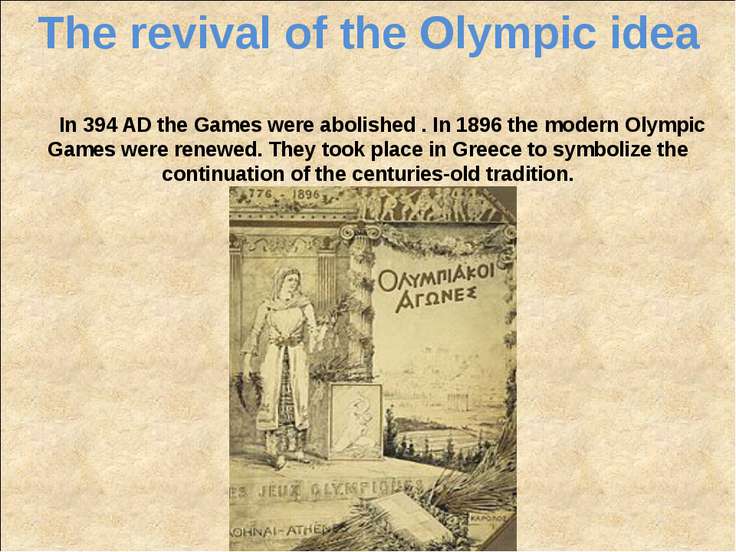 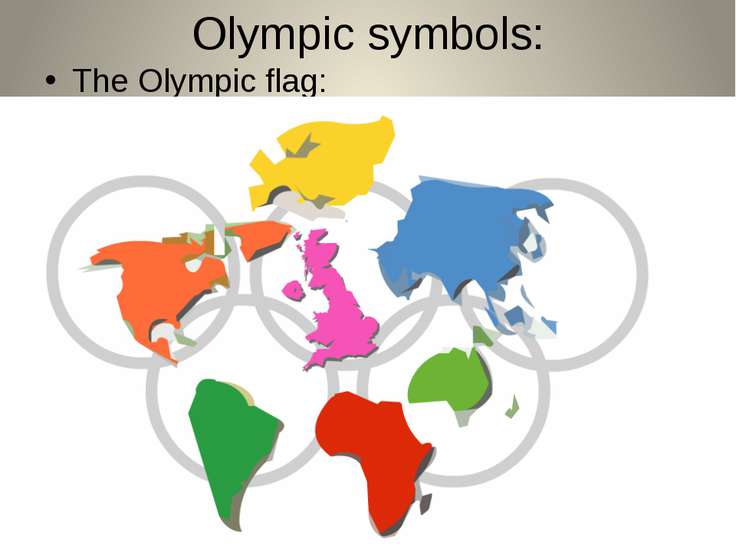 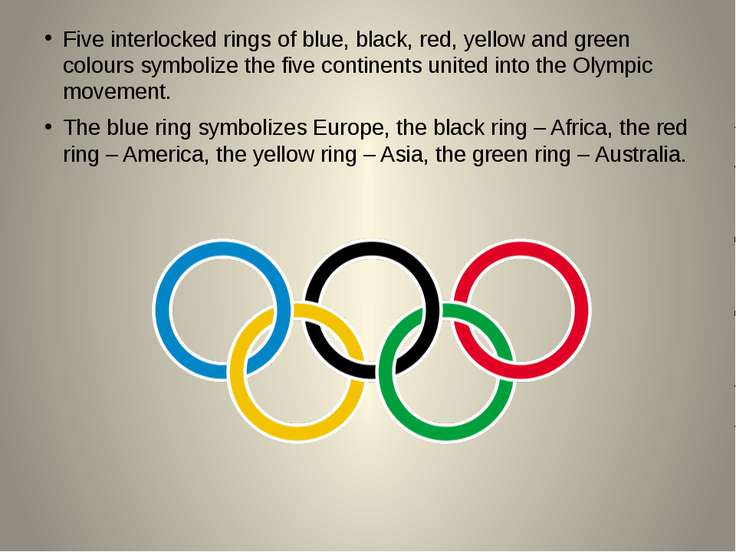 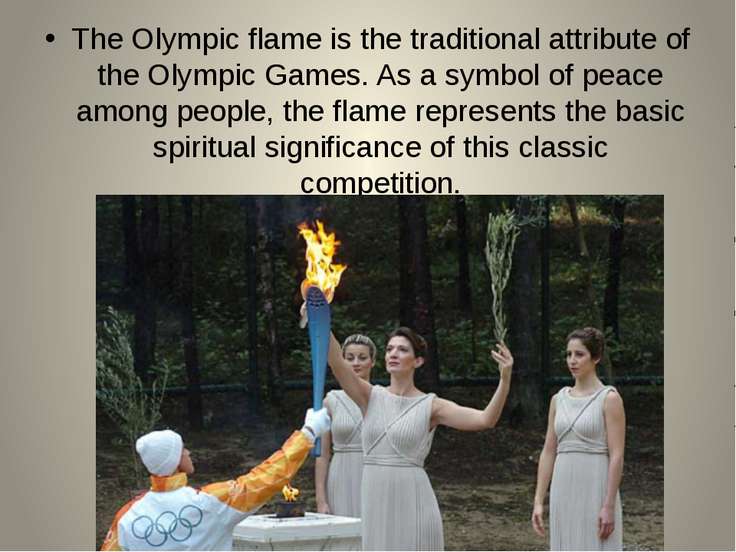 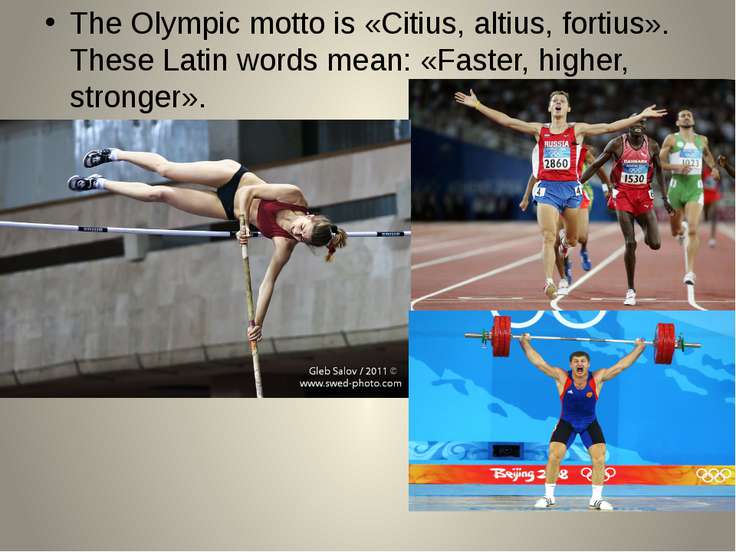 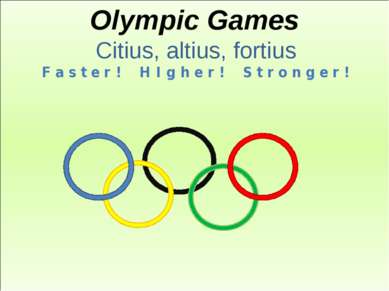 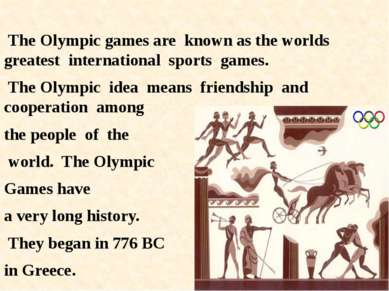 The Olympic games are known as the worlds greatest international sports games. The Olympic idea means friendship and cooperation among the people of the world. The Olympic Games have a very long history. They began in 776 BC in Greece. 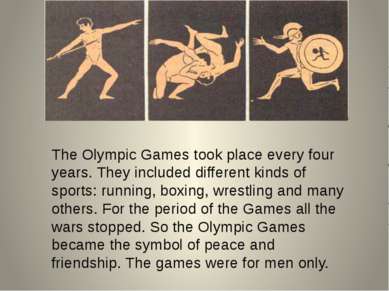 The Olympic Games took place every four years. They included different kinds of sports: running, boxing, wrestling and many others. For the period of the Games all the wars stopped. So the Olympic Games became the symbol of peace and friendship. The games were for men only. 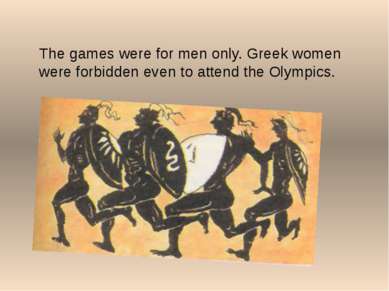 The games were for men only. Greek women were forbidden even to attend the Olympics. 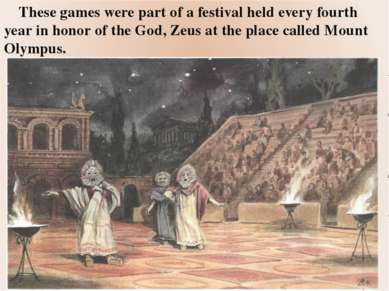 These games were part of a festival held every fourth year in honor of the God, Zeus at the place called Mount Olympus. 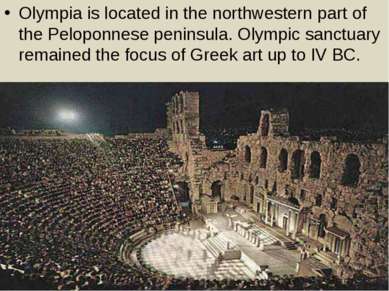 Olympia is located in the northwestern part of the Peloponnese peninsula. Olympic sanctuary remained the focus of Greek art up to IV BC. 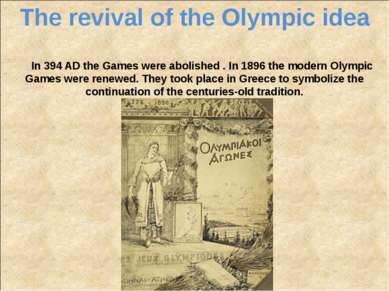 The revival of the Olympic idea In 394 AD the Games were abolished . In 1896 the modern Olympic Games were renewed. They took place in Greece to symbolize the continuation of the centuries-old tradition. 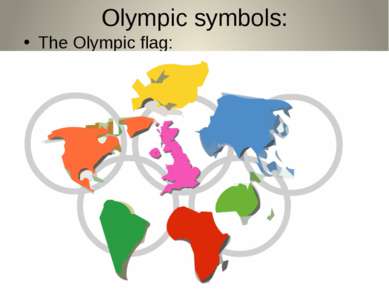 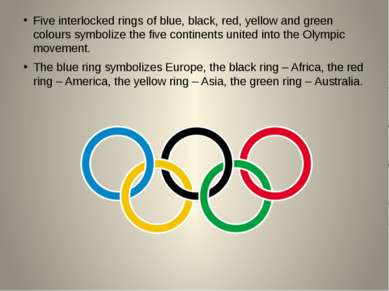 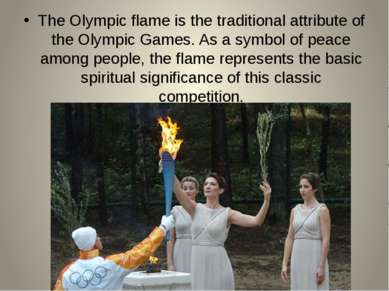 The Olympic flame is the traditional attribute of the Olympic Games. As a symbol of peace among people, the flame represents the basic spiritual significance of this classic competition. 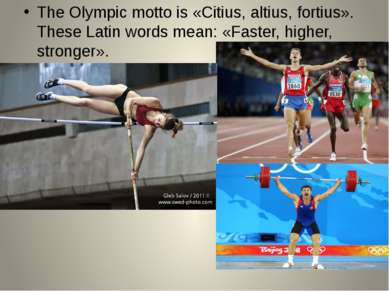