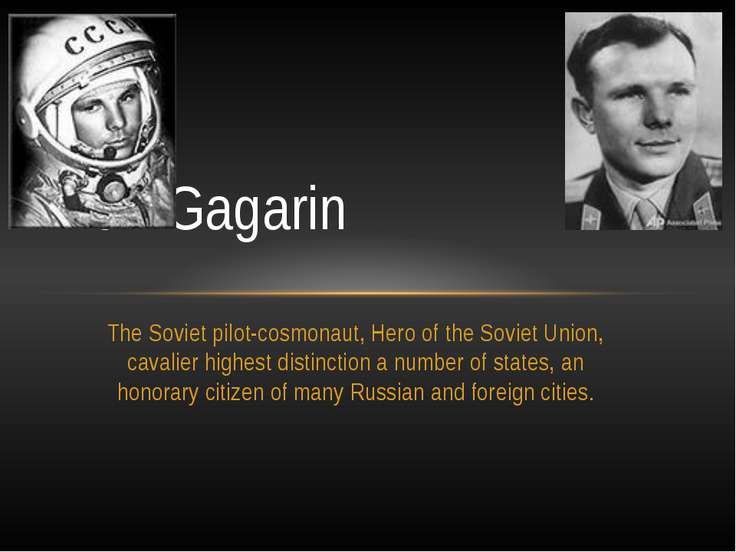 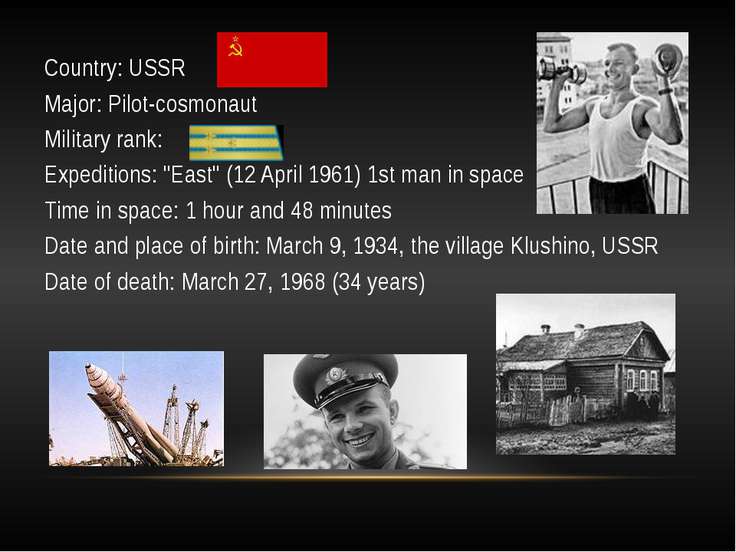 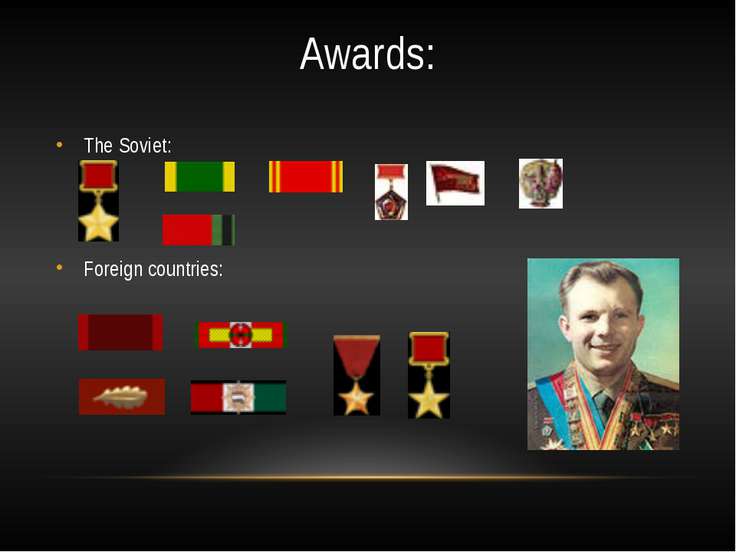 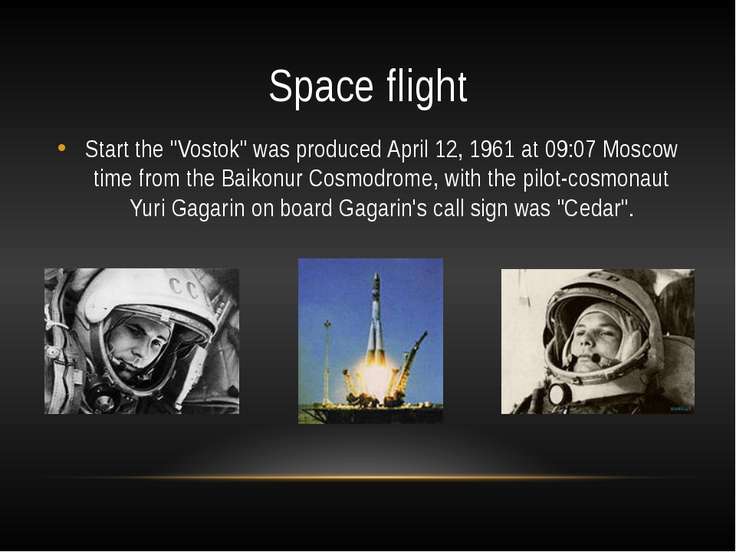 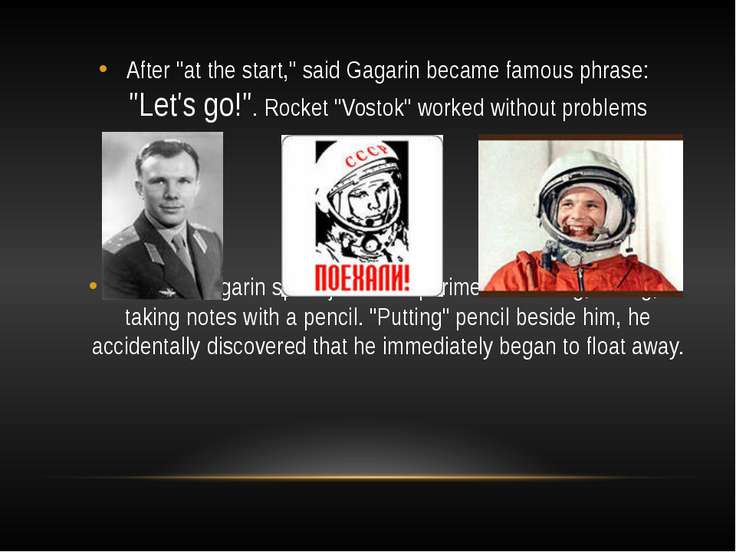 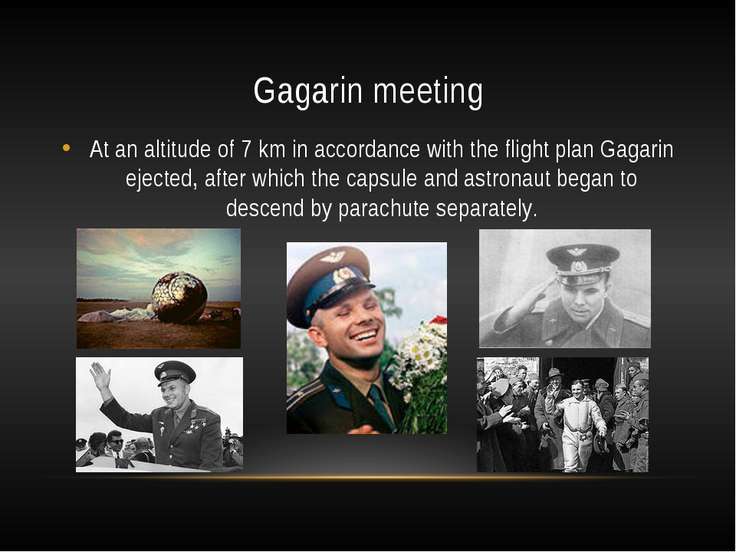 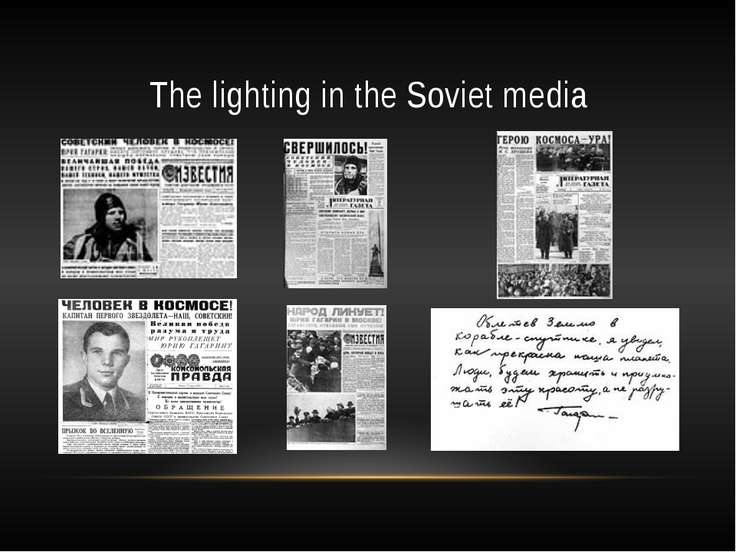 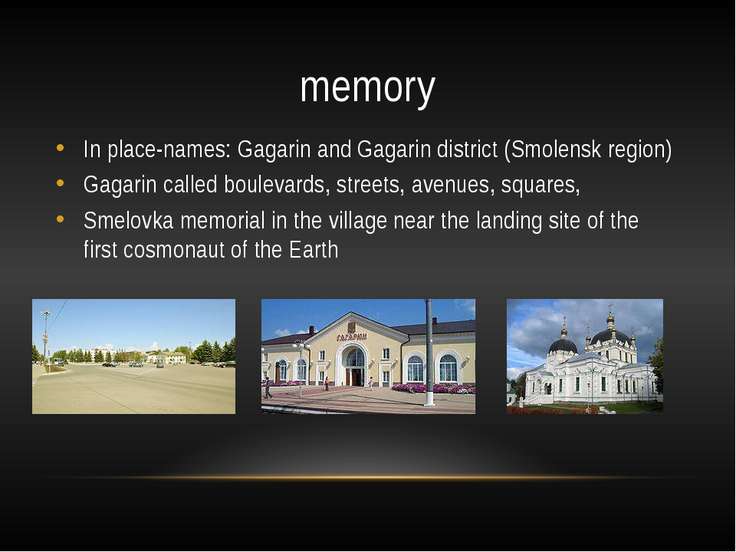 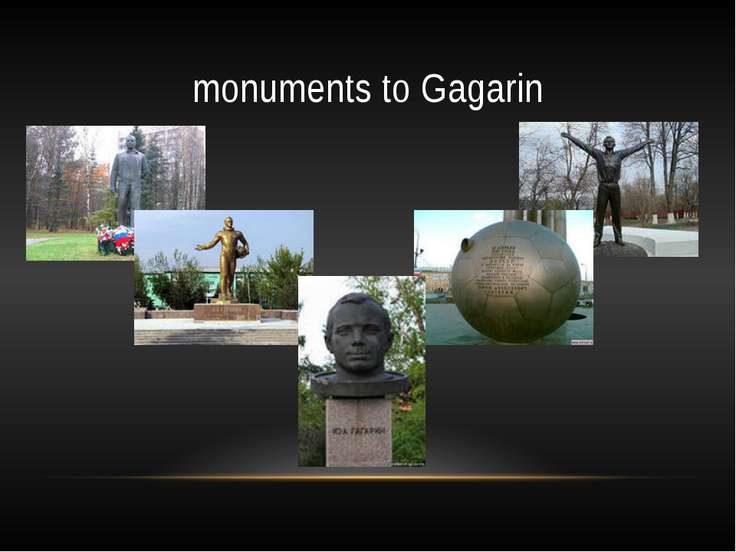 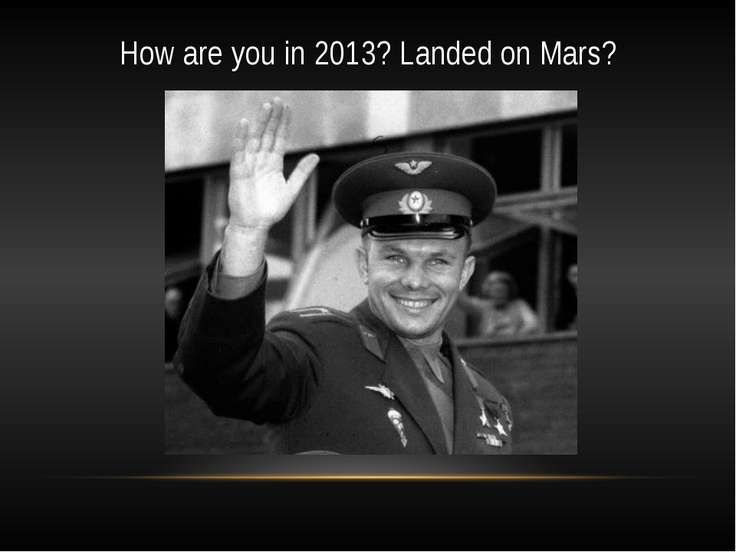 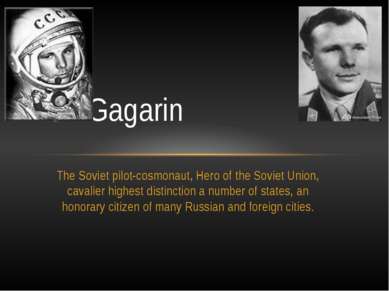 The Soviet pilot-cosmonaut, Hero of the Soviet Union, cavalier highest distinction a number of states, an honorary citizen of many Russian and foreign cities. Yuri Gagarin 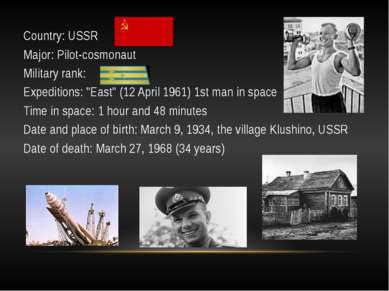 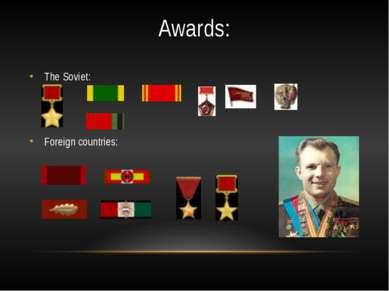 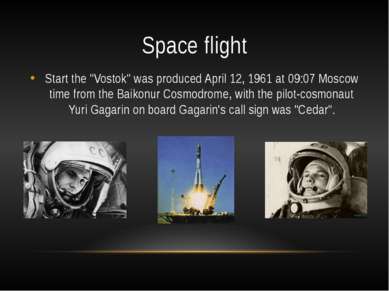 Space flight Start the "Vostok" was produced April 12, 1961 at 09:07 Moscow time from the Baikonur Cosmodrome, with the pilot-cosmonaut Yuri Gagarin on board Gagarin's call sign was "Cedar". 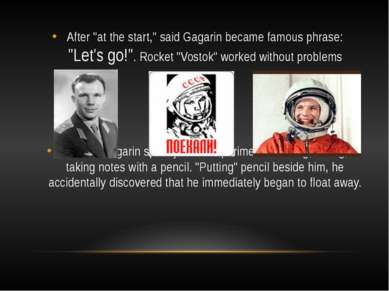 After "at the start," said Gagarin became famous phrase: "Let's go!". Rocket "Vostok" worked without problems In orbit, Gagarin spent just an experiment: drinking, eating, taking notes with a pencil. "Putting" pencil beside him, he accidentally discovered that he immediately began to float away. 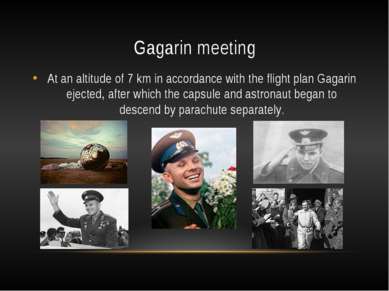 Gagarin meeting At an altitude of 7 km in accordance with the flight plan Gagarin ejected, after which the capsule and astronaut began to descend by parachute separately. 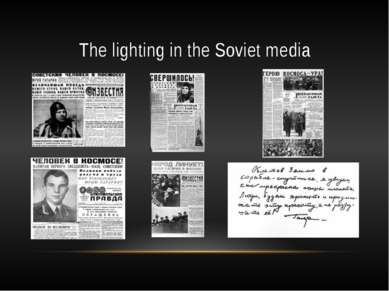 The lighting in the Soviet media 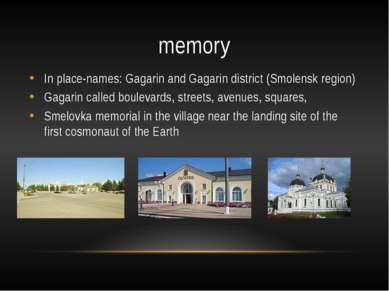 memory In place-names: Gagarin and Gagarin district (Smolensk region) Gagarin called boulevards, streets, avenues, squares, Smelovka memorial in the village near the landing site of the first cosmonaut of the Earth 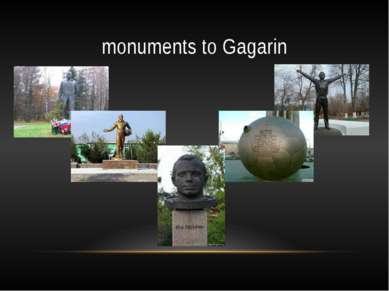 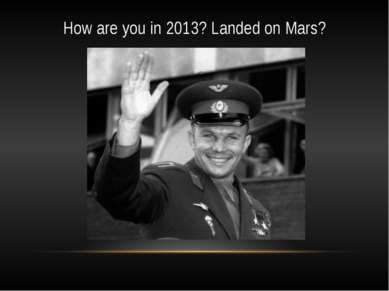