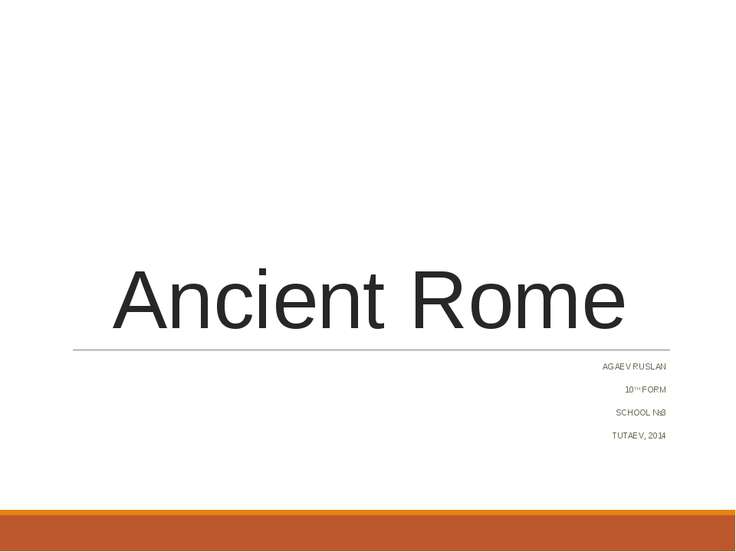 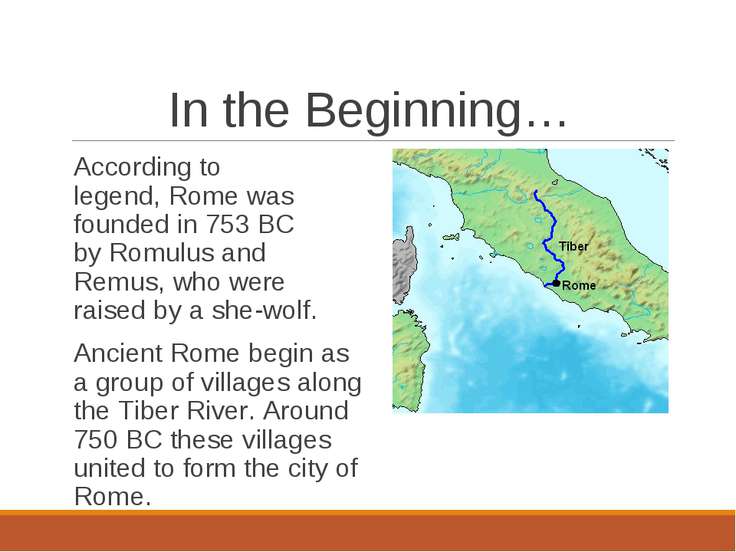 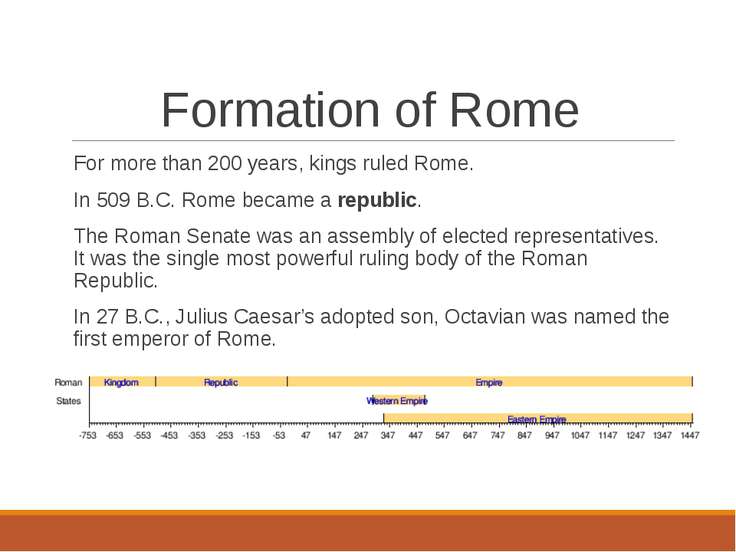 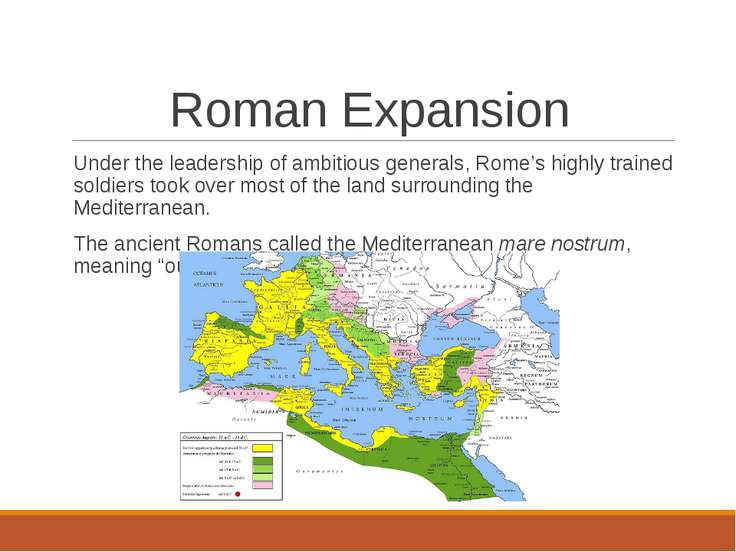 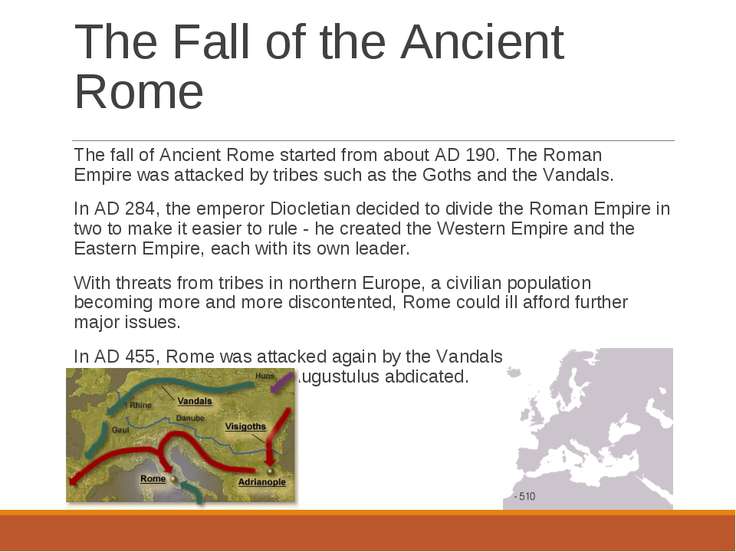 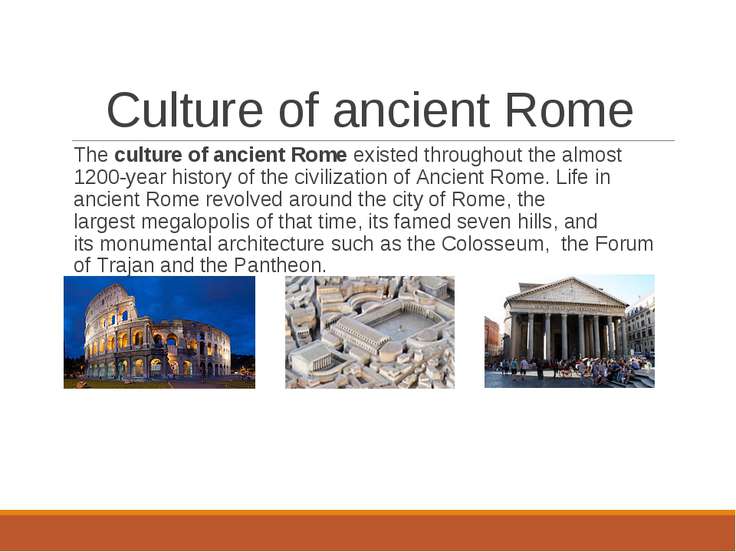 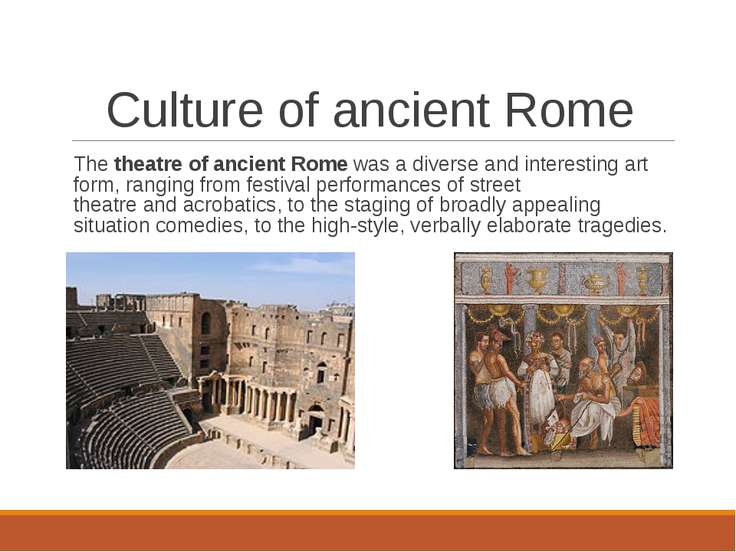 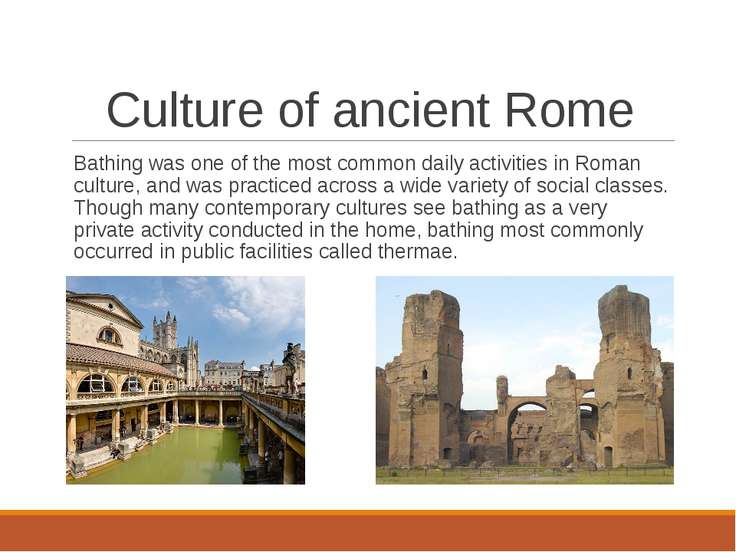 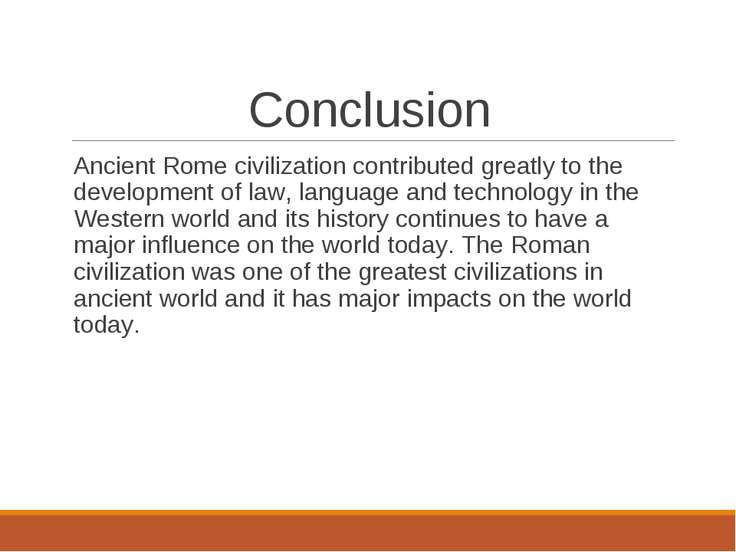 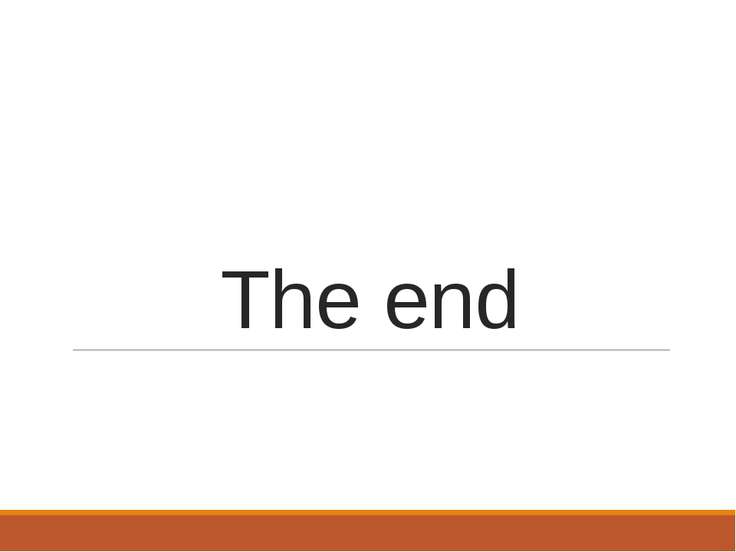 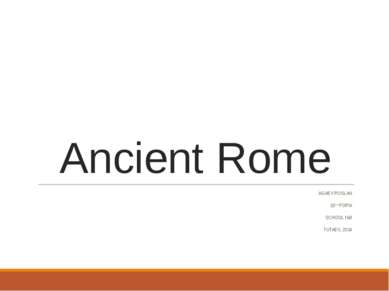 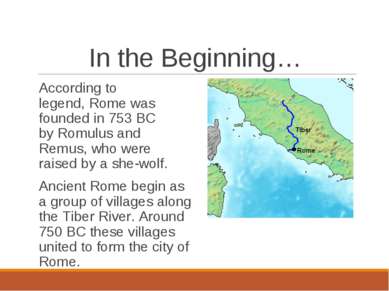 In the Beginning… According to legend, Rome was founded in 753 BC by Romulus and Remus, who were raised by a she-wolf. Ancient Rome begin as a group of villages along the Tiber River. Around 750 BC these villages united to form the city of Rome. 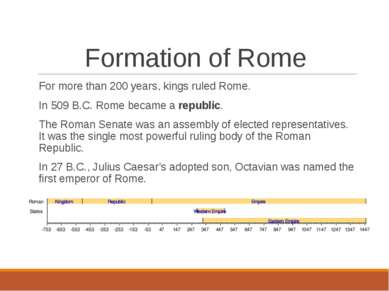 Formation of Rome For more than 200 years, kings ruled Rome. In 509 B.C. Rome became a republic. The Roman Senate was an assembly of elected representatives. It was the single most powerful ruling body of the Roman Republic. In 27 B.C., Julius Caesar’s adopted son, Octavian was named the first emperor of Rome. 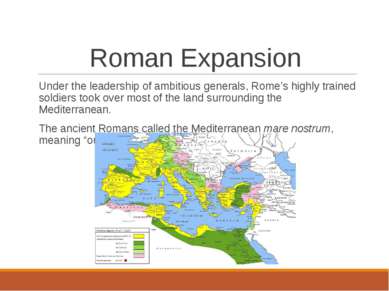 Roman Expansion Under the leadership of ambitious generals, Rome’s highly trained soldiers took over most of the land surrounding the Mediterranean. The ancient Romans called the Mediterranean mare nostrum, meaning “our sea”. 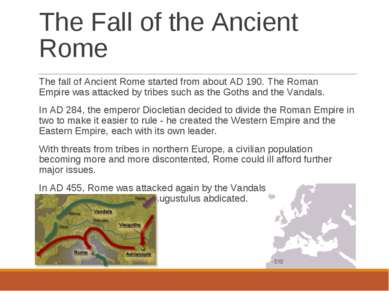 The Fall of the Ancient Rome The fall of Ancient Rome started from about AD 190. The Roman Empire was attacked by tribes such as the Goths and the Vandals. In AD 284, the emperor Diocletian decided to divide the Roman Empire in two to make it easier to rule - he created the Western Empire and the Eastern Empire, each with its own leader. With threats from tribes in northern Europe, a civilian population becoming more and more discontented, Rome could ill afford further major issues. In AD 455, Rome was attacked again by the Vandals. In AD 476, the last Roman emperor Romulus Augustulus abdicated. 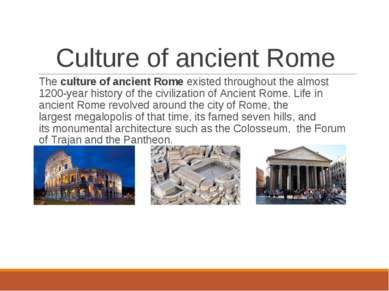 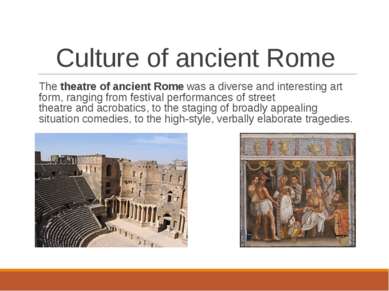 The theatre of ancient Rome was a diverse and interesting art form, ranging from festival performances of street theatre and acrobatics, to the staging of broadly appealing situation comedies, to the high-style, verbally elaborate tragedies. Culture of ancient Rome 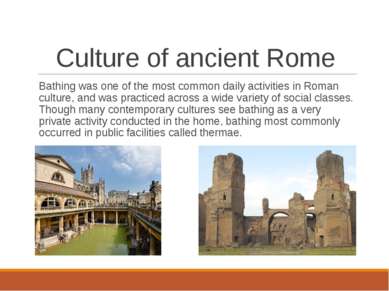 Bathing was one of the most common daily activities in Roman culture, and was practiced across a wide variety of social classes. Though many contemporary cultures see bathing as a very private activity conducted in the home, bathing most commonly occurred in public facilities called thermae. Culture of ancient Rome 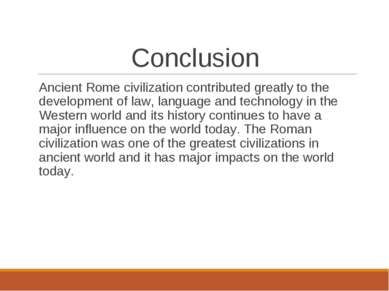 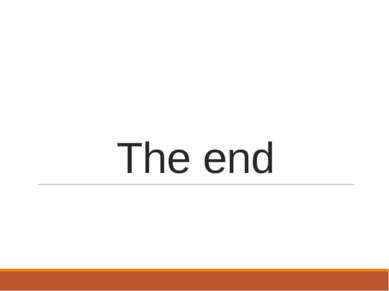