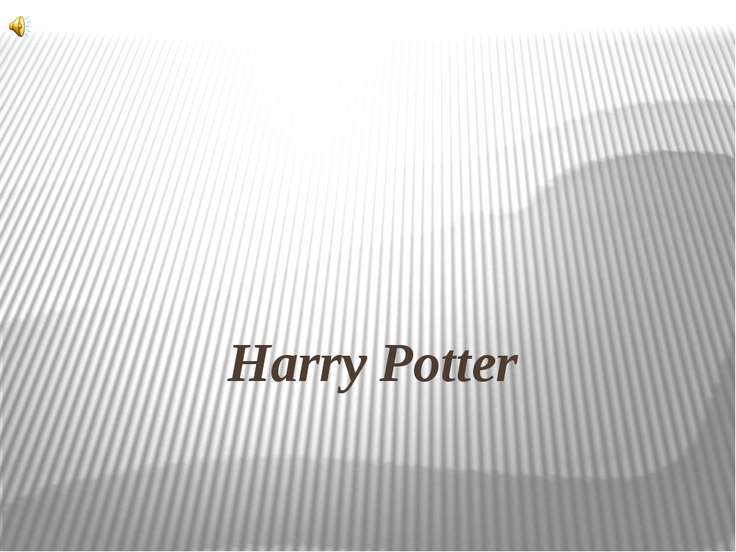 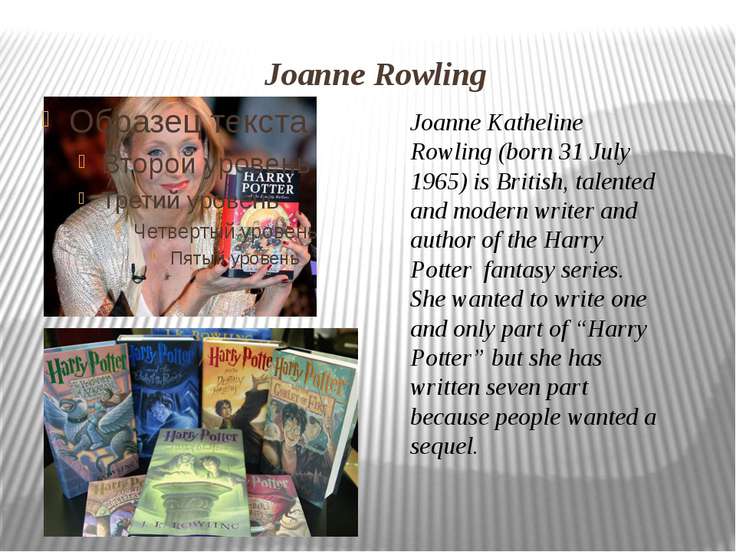 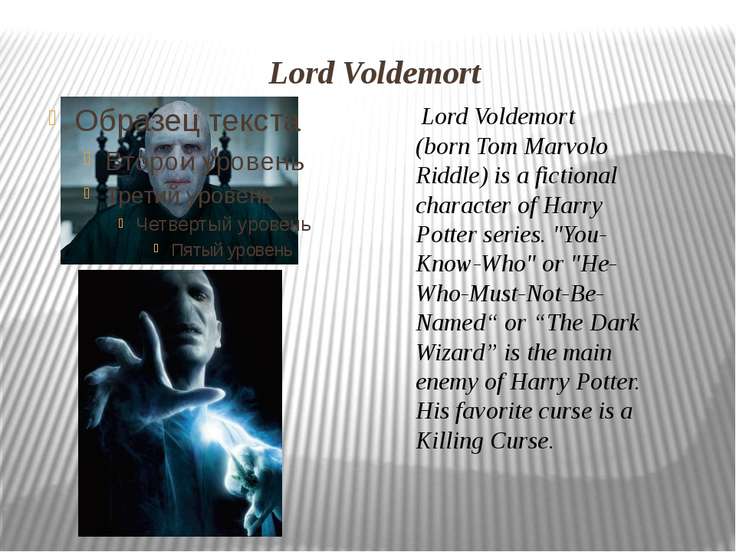 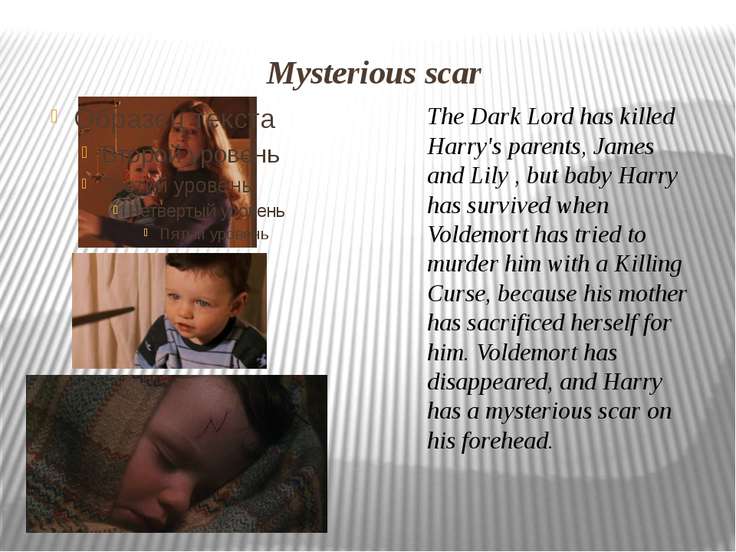 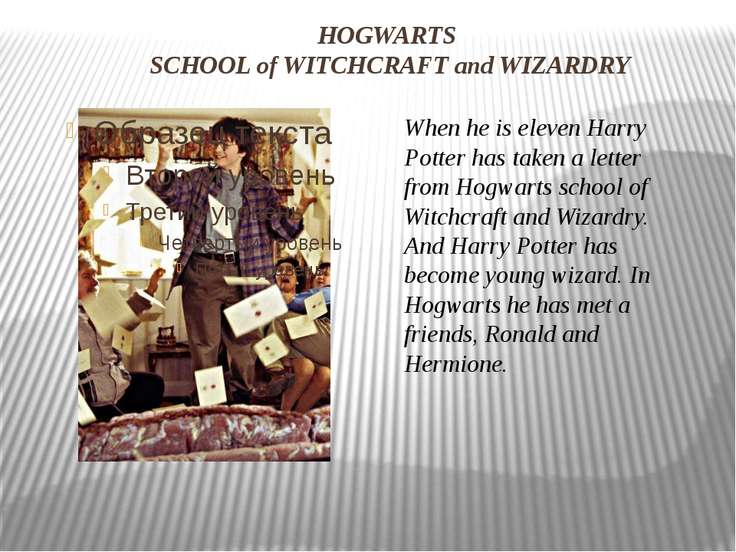 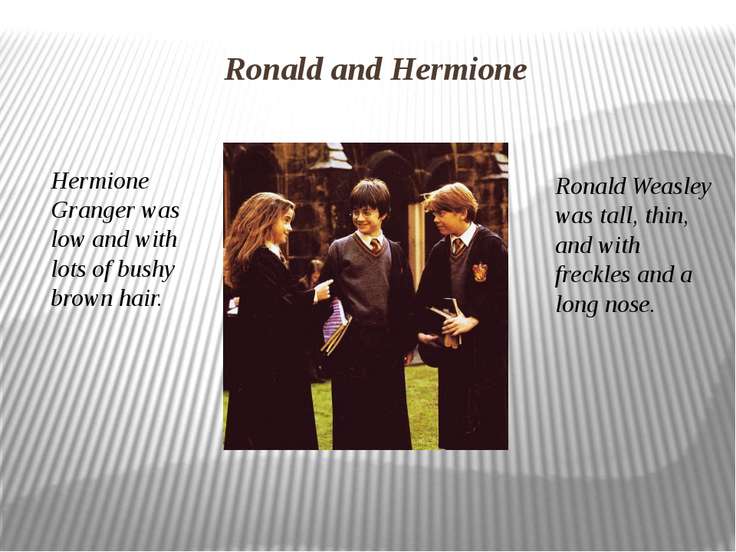 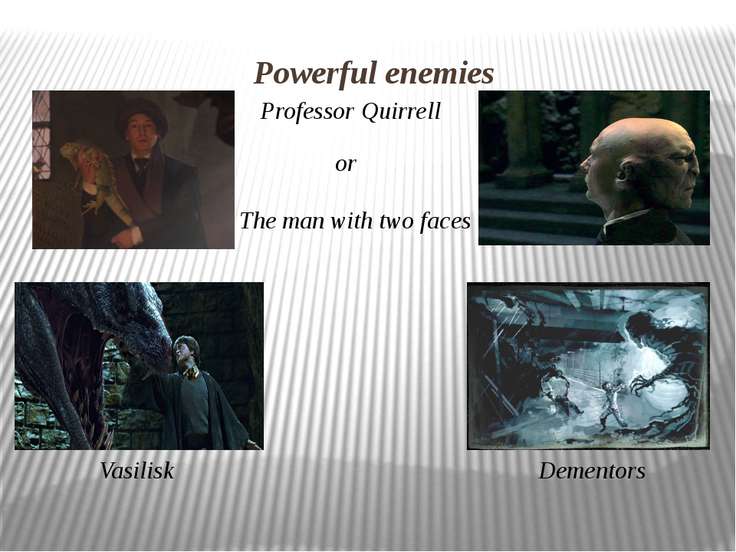 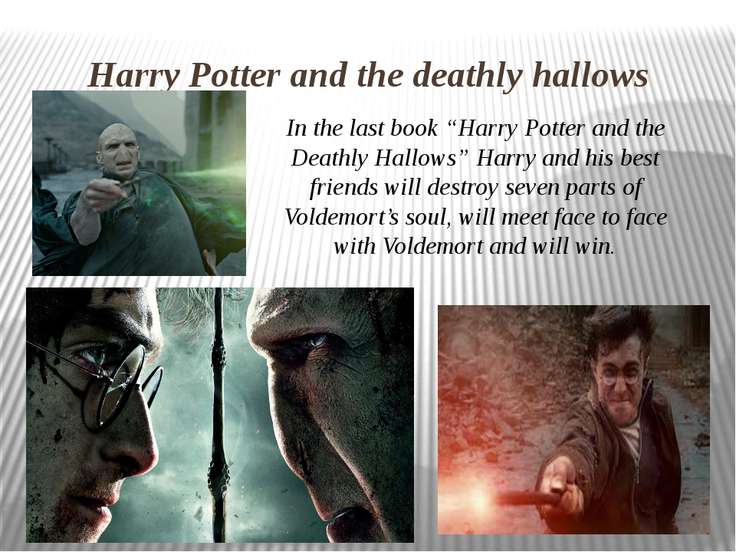 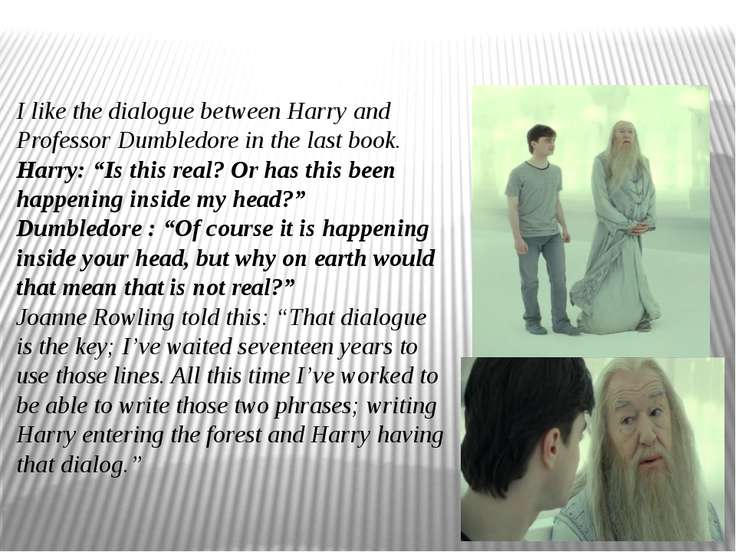 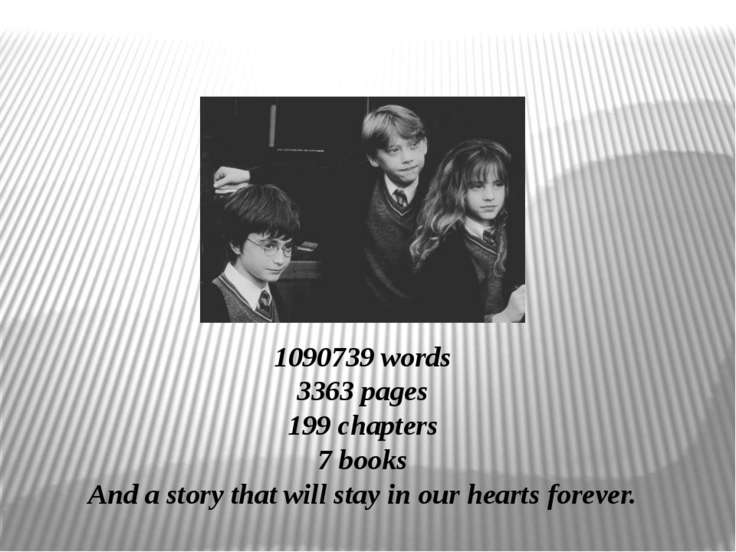 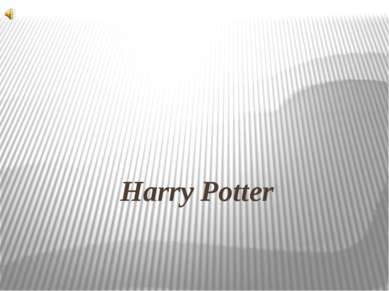 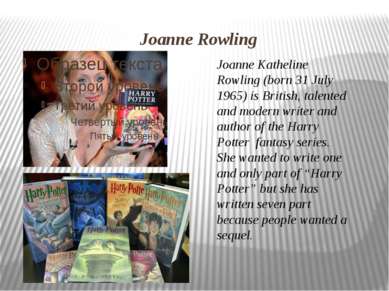 Joanne Rowling Joanne Katheline Rowling (born 31 July 1965) is British, talented and modern writer and author of the Harry Potter  fantasy series. She wanted to write one and only part of “Harry Potter” but she has written seven part because people wanted a sequel. 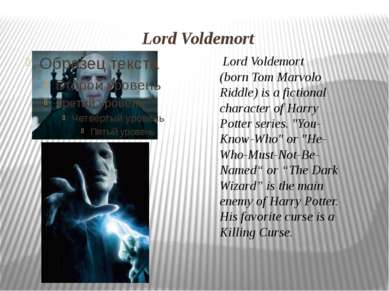 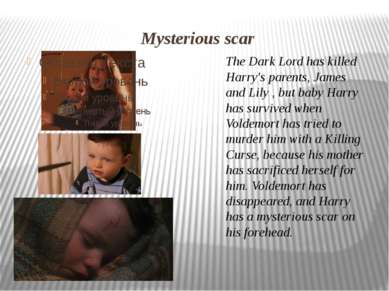 The Dark Lord has killed Harry's parents, James and Lily , but baby Harry has survived when Voldemort has tried to murder him with a Killing Curse, because his mother has sacrificed herself for him. Voldemort has disappeared, and Harry has a mysterious scar on his forehead. Mysterious scar 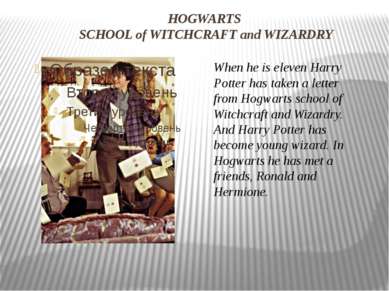 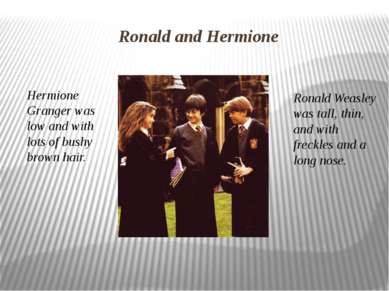 Hermione Granger was low and with lots of bushy brown hair. Ronald Weasley was tall, thin, and with freckles and a long nose. Ronald and Hermione 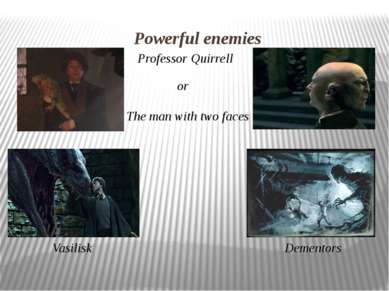 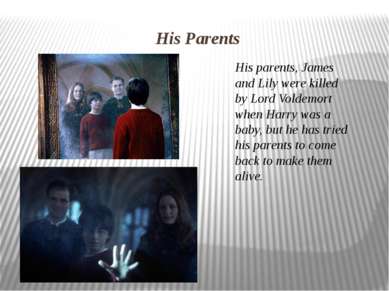 His Parents His parents, James and Lily were killed by Lord Voldemort when Harry was a baby, but he has tried his parents to come back to make them alive. 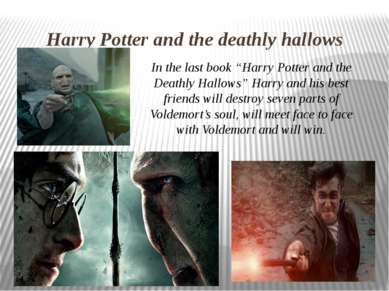 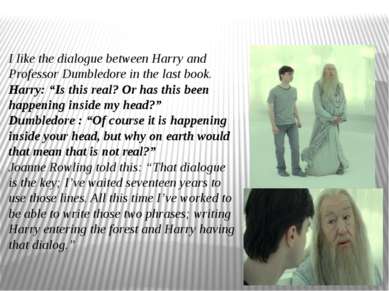 I like the dialogue between Harry and Professor Dumbledore in the last book. Harry: “Is this real? Or has this been happening inside my head?” Dumbledore : “Of course it is happening inside your head, but why on earth would that mean that is not real?” Joanne Rowling told this: “That dialogue is the key; I’ve waited seventeen years to use those lines. All this time I’ve worked to be able to write those two phrases; writing Harry entering the forest and Harry having that dialog.” 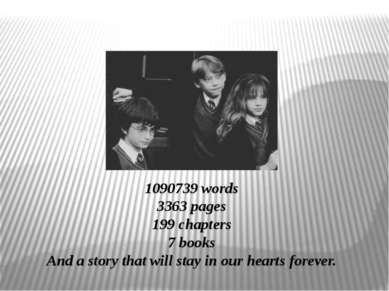