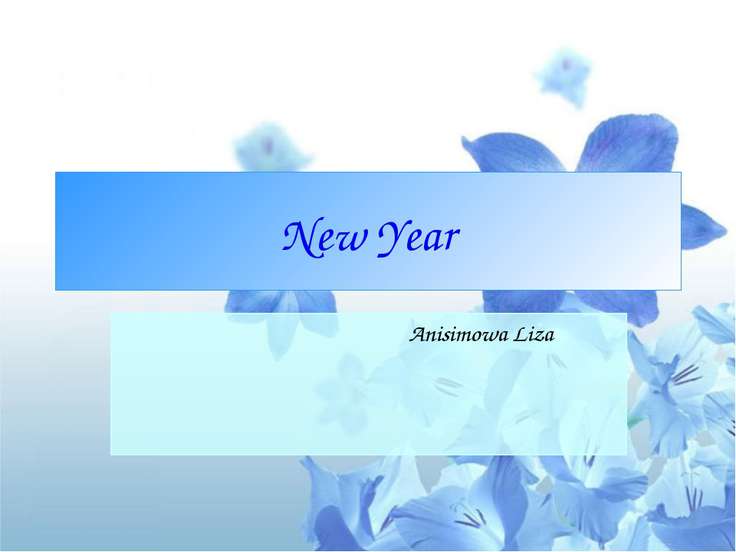 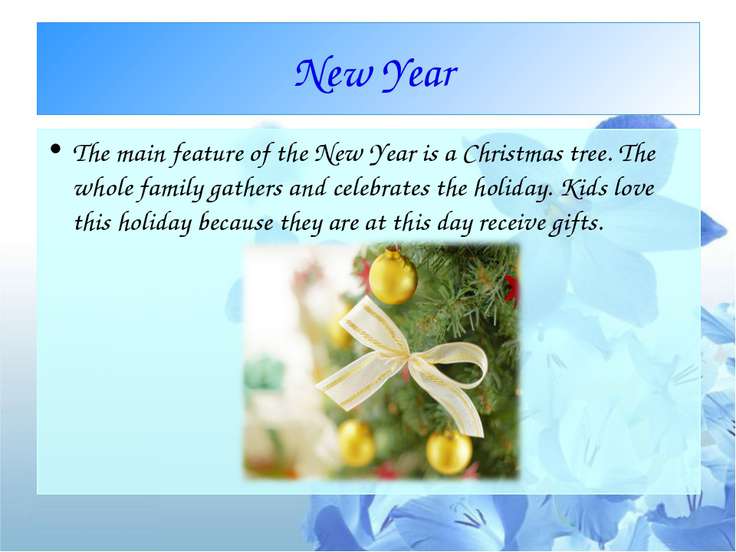 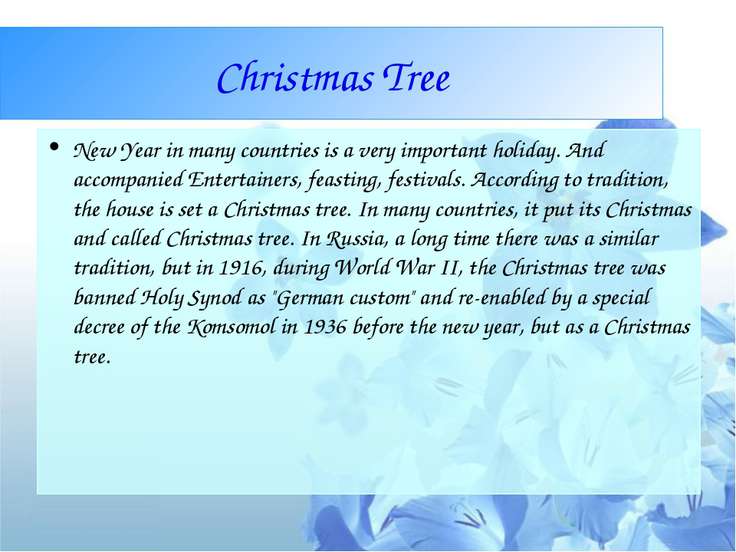 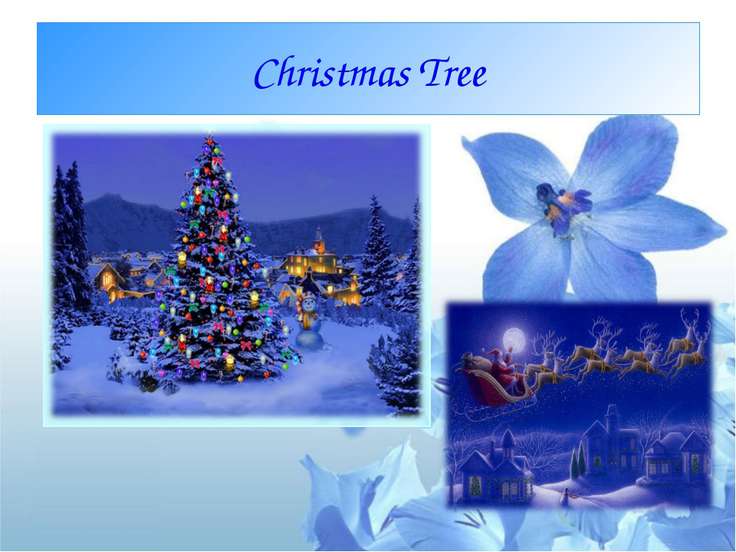 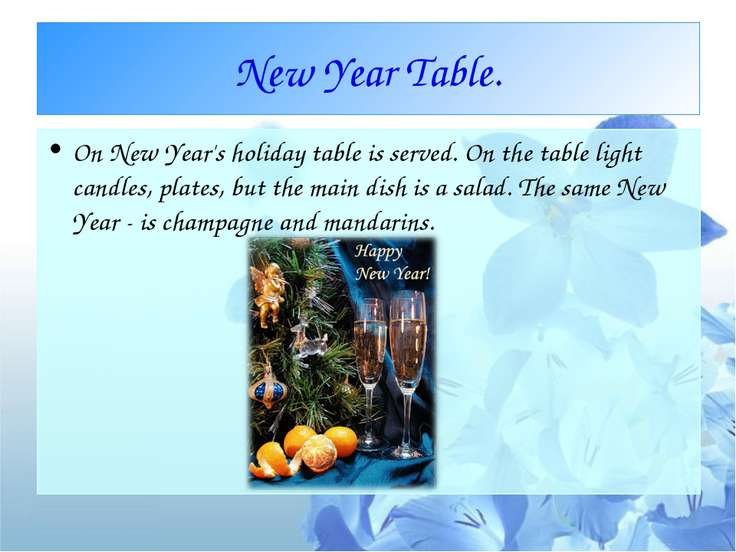 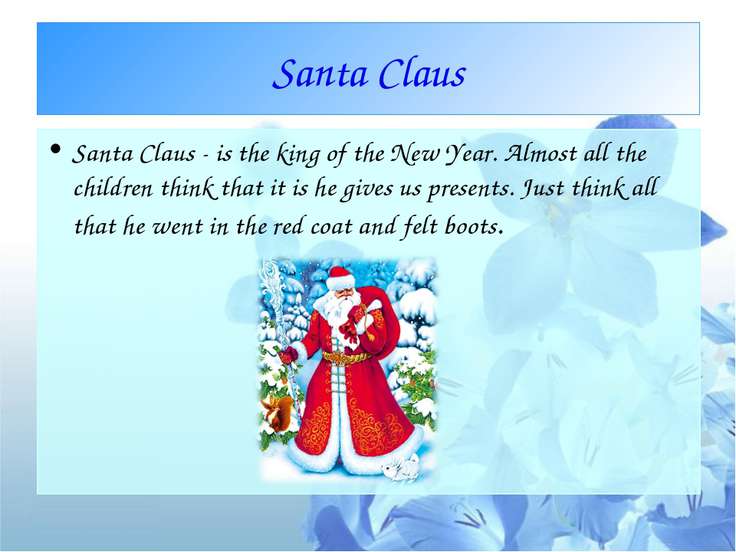 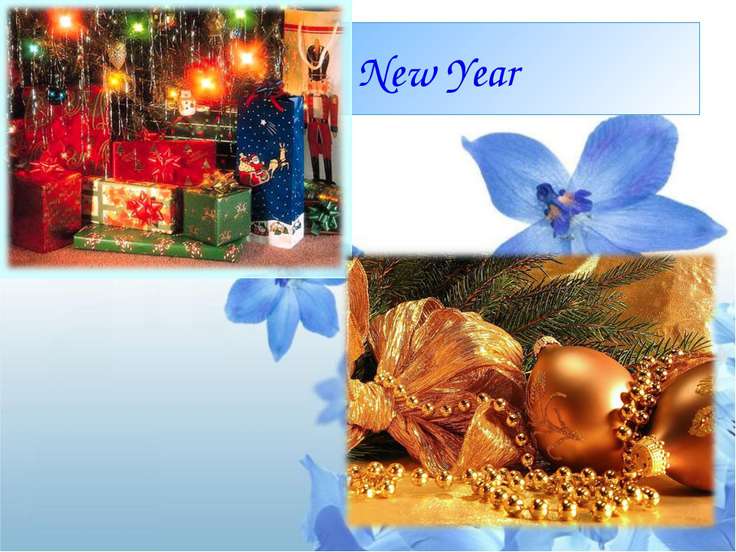 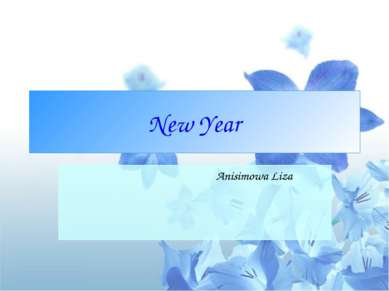 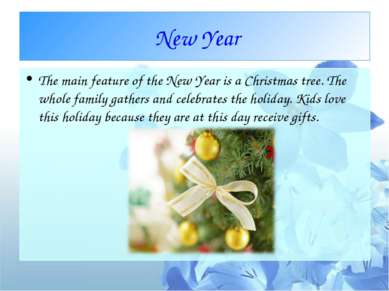 New Year The main feature of the New Year is a Christmas tree. The whole family gathers and celebrates the holiday. Kids love this holiday because they are at this day receive gifts. 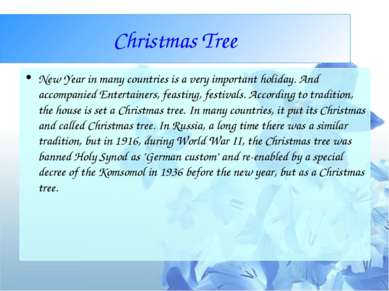 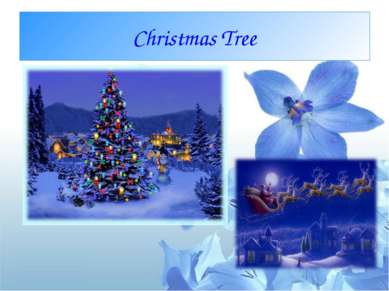 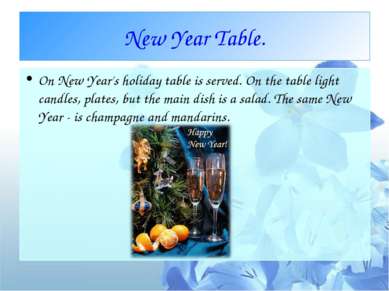 New Year Table. On New Year's holiday table is served. On the table light candles, plates, but the main dish is a salad. The same New Year - is champagne and mandarins. 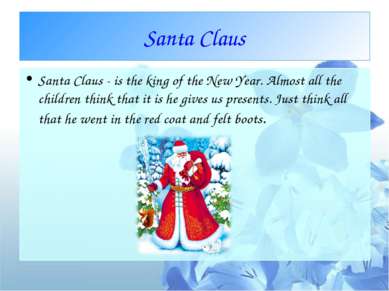 Santa Claus Santa Claus - is the king of the New Year. Almost all the children think that it is he gives us presents. Just think all that he went in the red coat and felt boots. 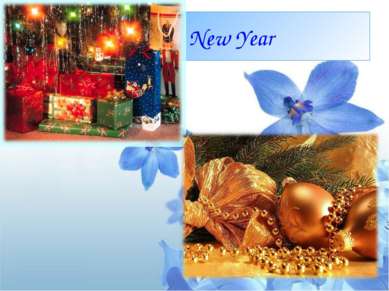