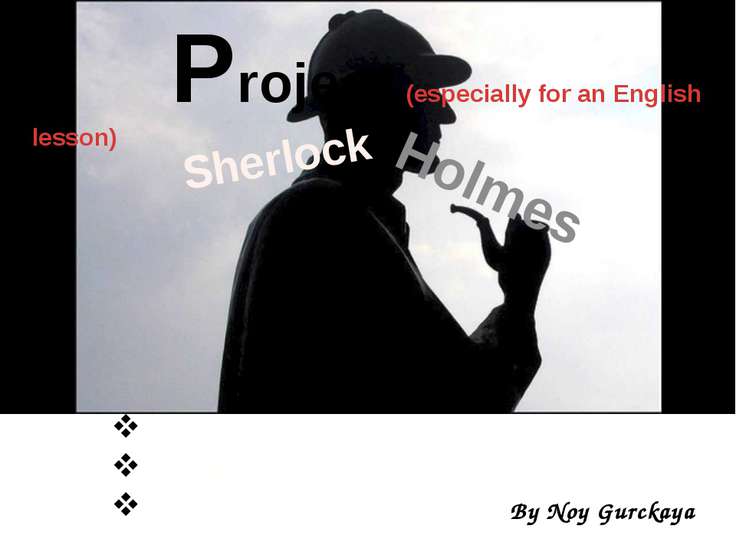 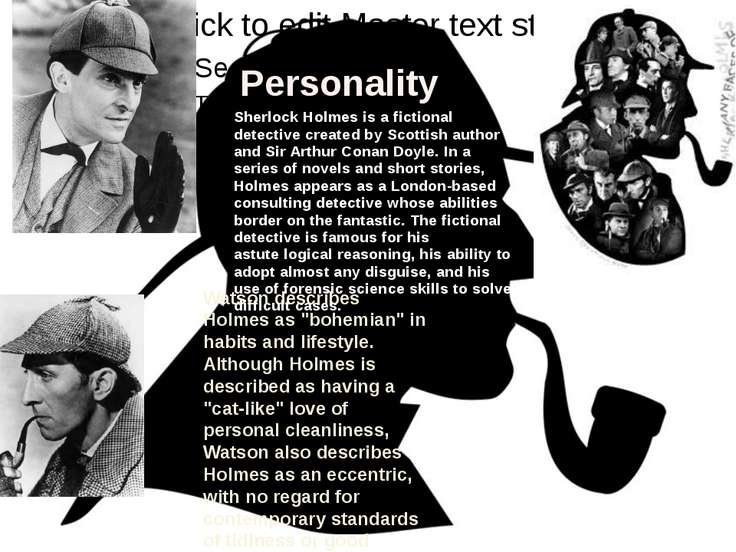 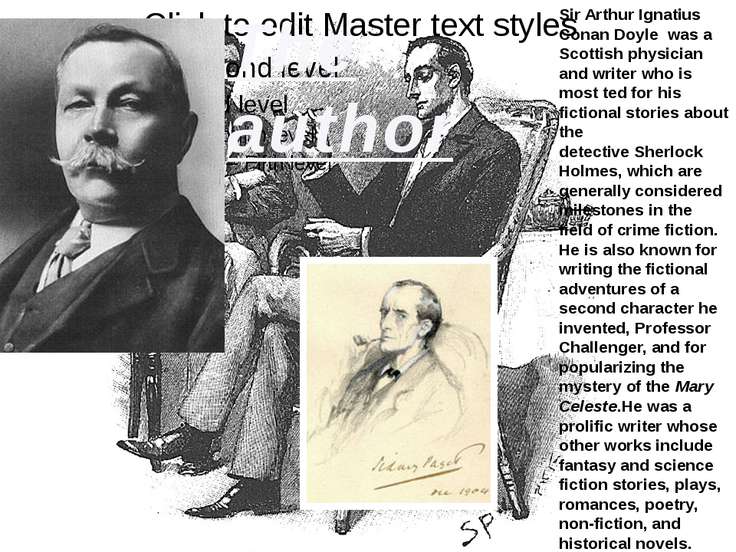 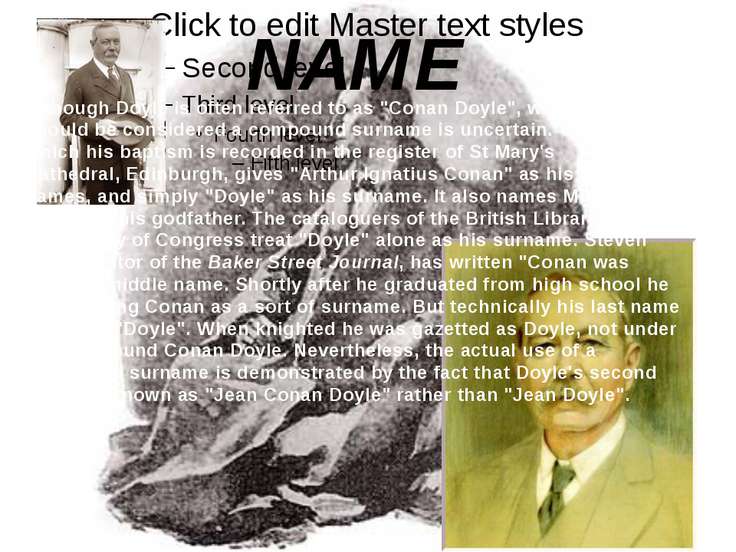 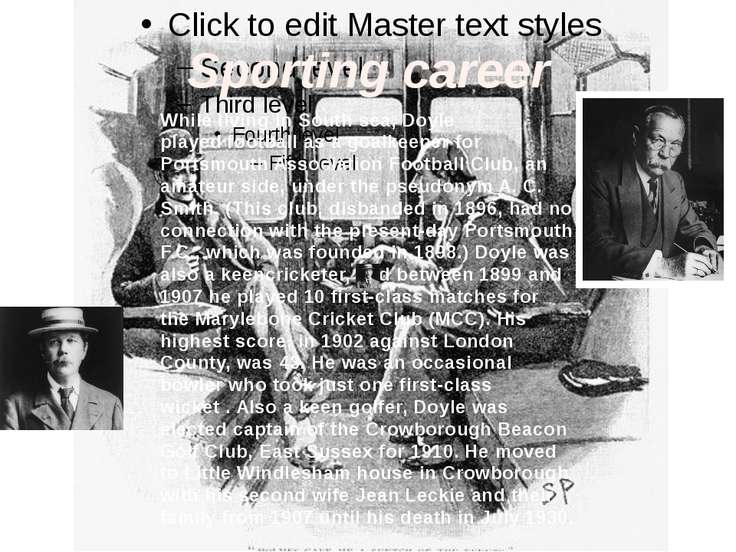 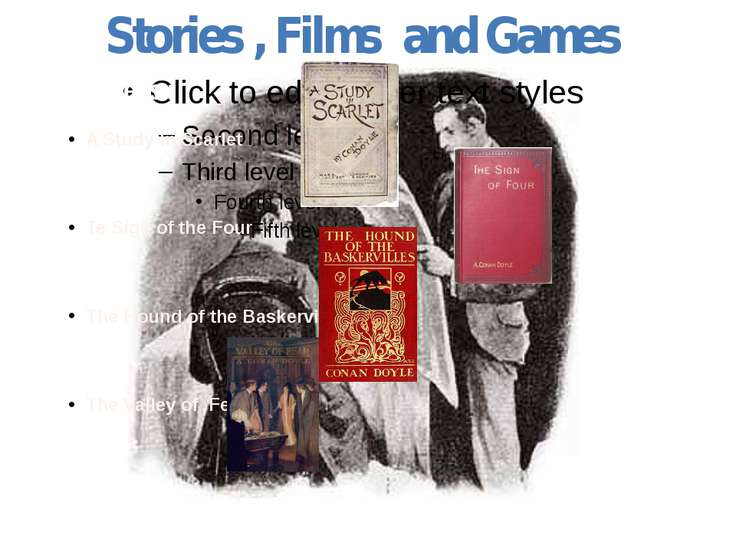 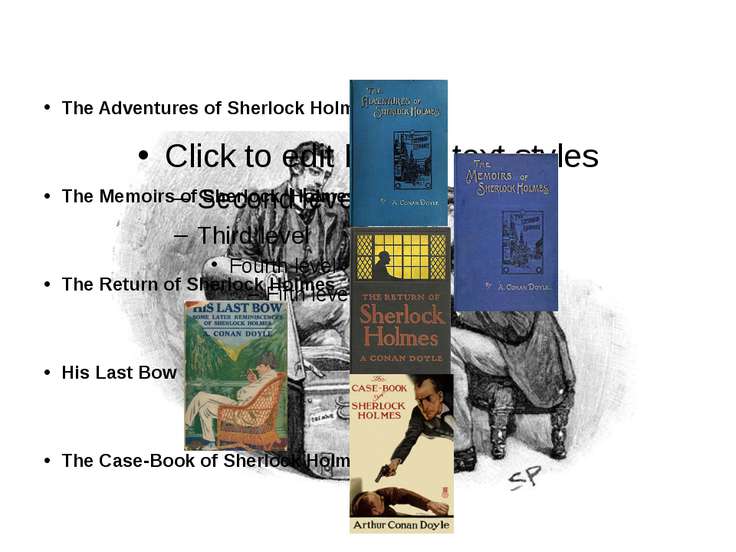 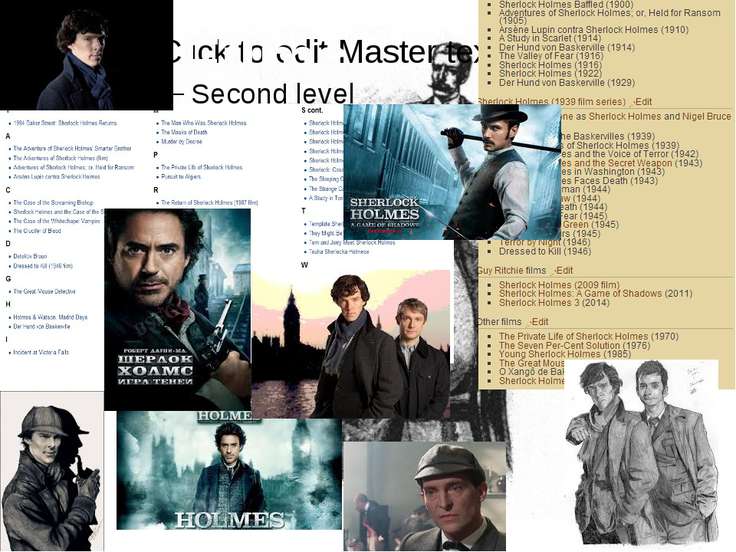 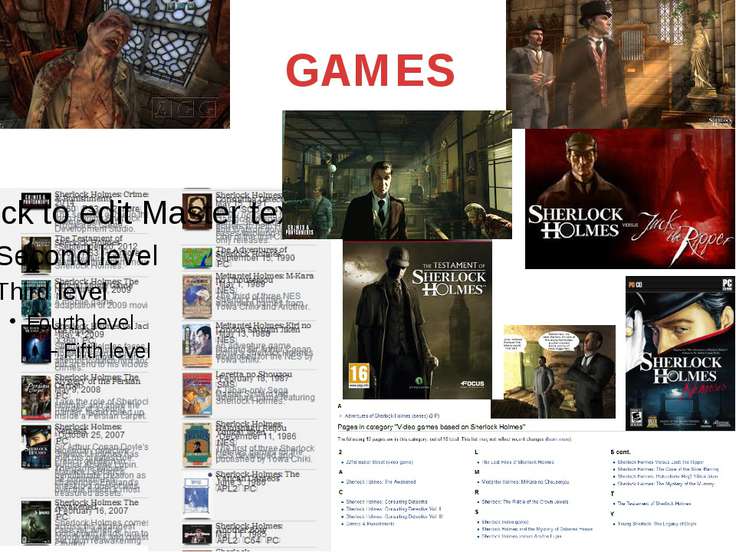 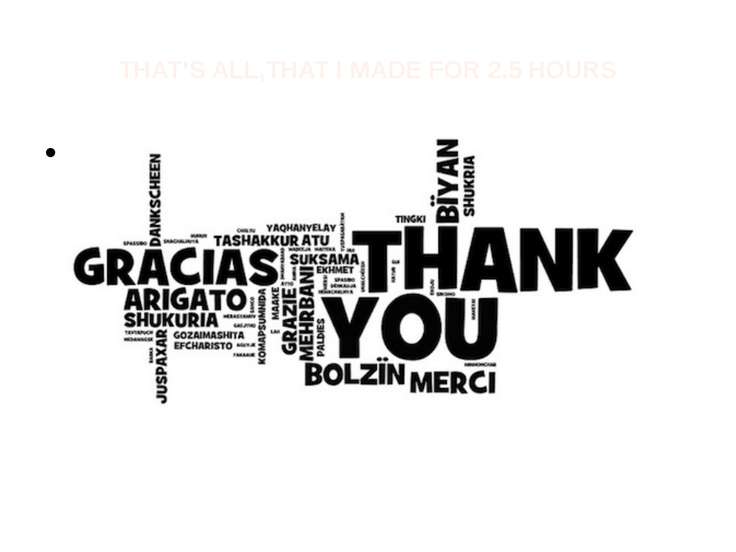 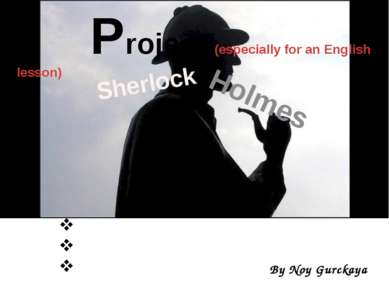 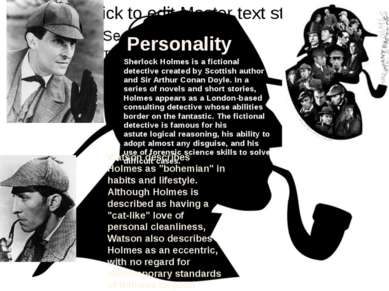 Personality Sherlock Holmes is a fictional detective created by Scottish author and Sir Arthur Conan Doyle. In a series of novels and short stories, Holmes appears as a London-based consulting detective whose abilities border on the fantastic. The fictional detective is famous for his astute logical reasoning, his ability to adopt almost any disguise, and his use of forensic science skills to solve difficult cases. Watson describes Holmes as "bohemian" in habits and lifestyle. Although Holmes is described as having a "cat-like" love of personal cleanliness, Watson also describes Holmes as an eccentric, with no regard for contemporary standards of tidiness or good order. 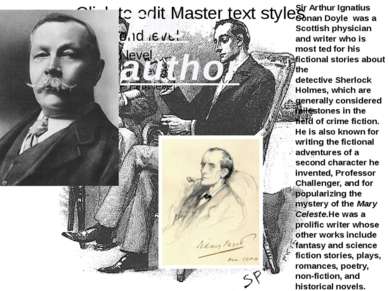 The author Sir Arthur Ignatius Conan Doyle  was a Scottish physician and writer who is most ted for his fictional stories about the detective Sherlock Holmes, which are generally considered milestones in the field of crime fiction. He is also known for writing the fictional adventures of a second character he invented, Professor Challenger, and for popularizing the mystery of the Mary Celeste.He was a prolific writer whose other works include fantasy and science fiction stories, plays, romances, poetry, non-fiction, and historical novels. 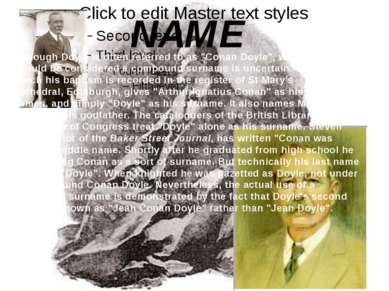 NAME Although Doyle is often referred to as "Conan Doyle", whether this should be considered a compound surname is uncertain. The entry in which his baptism is recorded in the register of St Mary's Cathedral, Edinburgh, gives "Arthur Ignatius Conan" as his Christian names, and simply "Doyle" as his surname. It also names Michael Conan as his godfather. The cataloguers of the British Library and the Library of Congress treat "Doyle" alone as his surname. Steven Doyle, editor of the Baker Street Journal, has written "Conan was Arthur's middle name. Shortly after he graduated from high school he began using Conan as a sort of surname. But technically his last name is simply "Doyle". When knighted he was gazetted as Doyle, not under the compound Conan Doyle. Nevertheless, the actual use of a compound surname is demonstrated by the fact that Doyle's second wife was known as "Jean Conan Doyle" rather than "Jean Doyle". 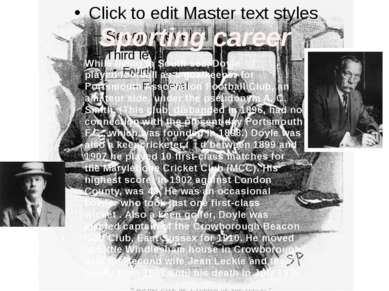 Sporting career While living in South sea, Doyle played football as a goalkeeper for Portsmouth Association Football Club, an amateur side, under the pseudonym A. C. Smith. (This club, disbanded in 1896, had no connection with the present-day Portsmouth F.C., which was founded in 1898.) Doyle was also a keencricketer, and between 1899 and 1907 he played 10 first-class matches for the Marylebone Cricket Club (MCC). His highest score, in 1902 against London County, was 43. He was an occasional bowler who took just one first-class wicket . Also a keen golfer, Doyle was elected captain of the Crowborough Beacon Golf Club, East Sussex for 1910. He moved to Little Windlesham house in Crowborough with his second wife Jean Leckie and their family from 1907 until his death in July 1930. 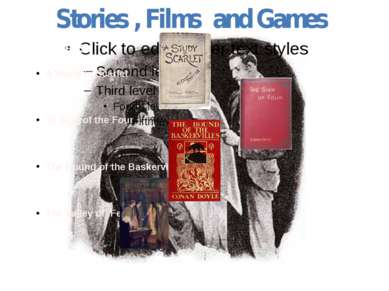 Stories , Films and Games Novels: A Study In Scarlet Te Sign of the Four The Hound of the Baskervilles The Valley of Fear 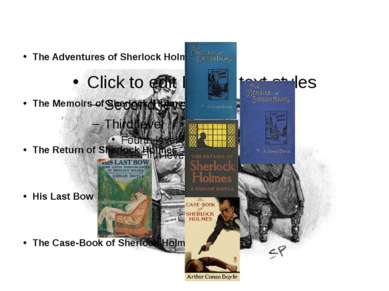 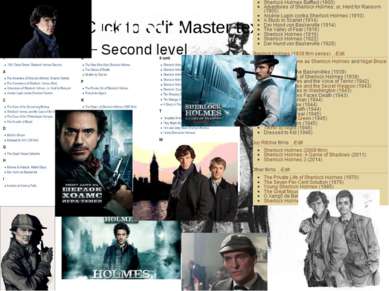 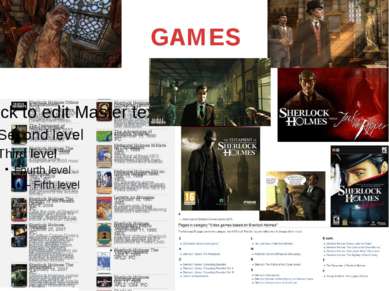 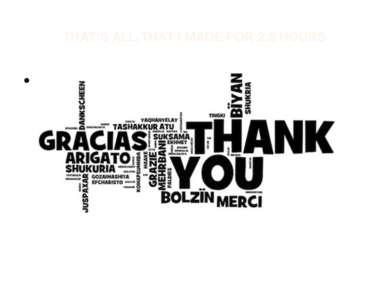