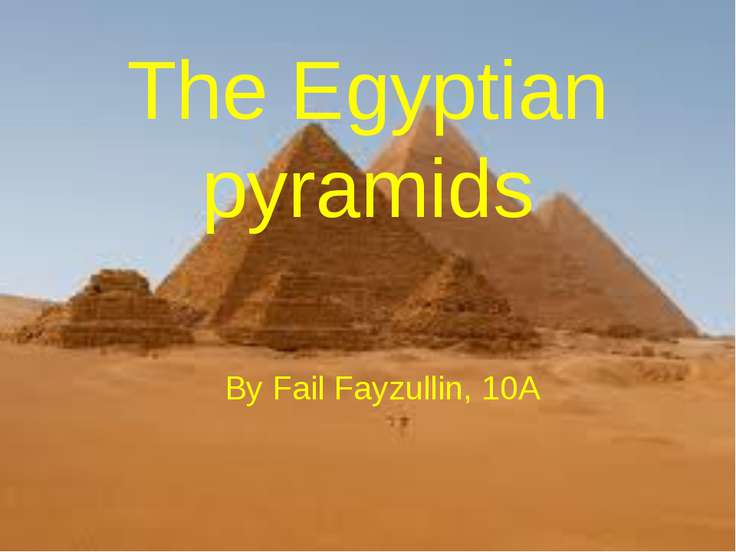 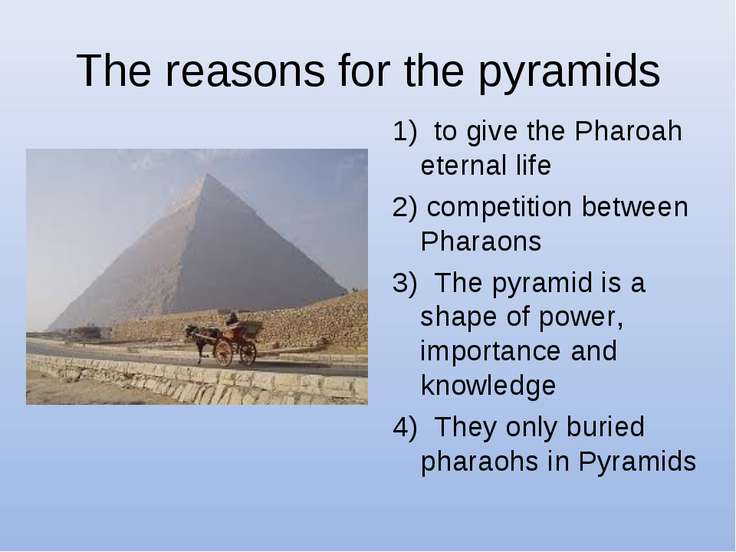 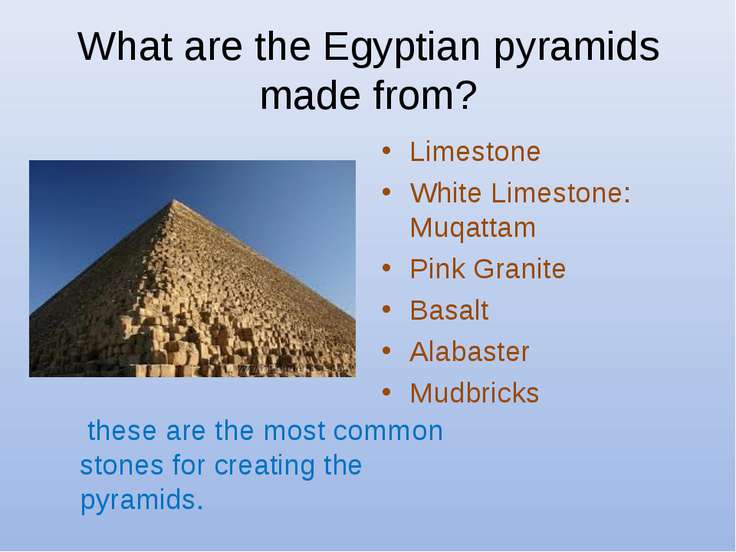 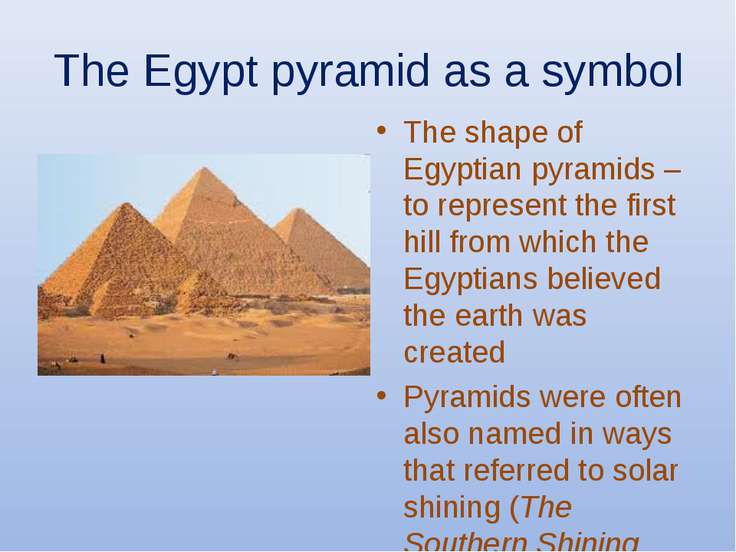 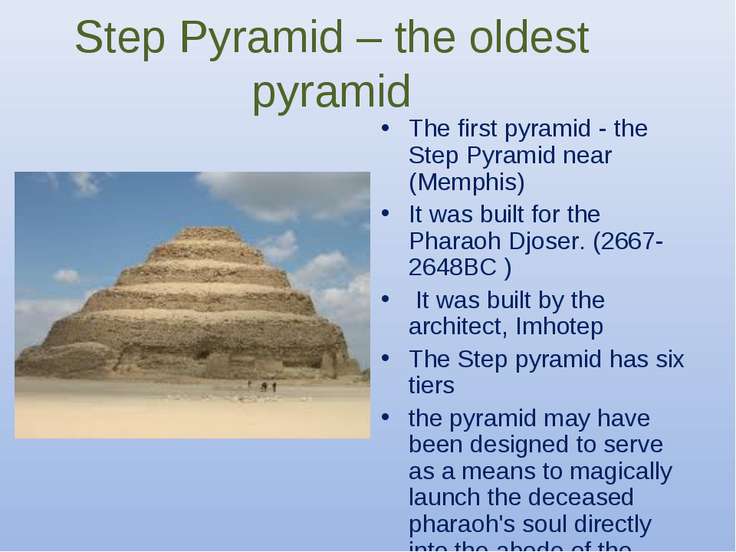 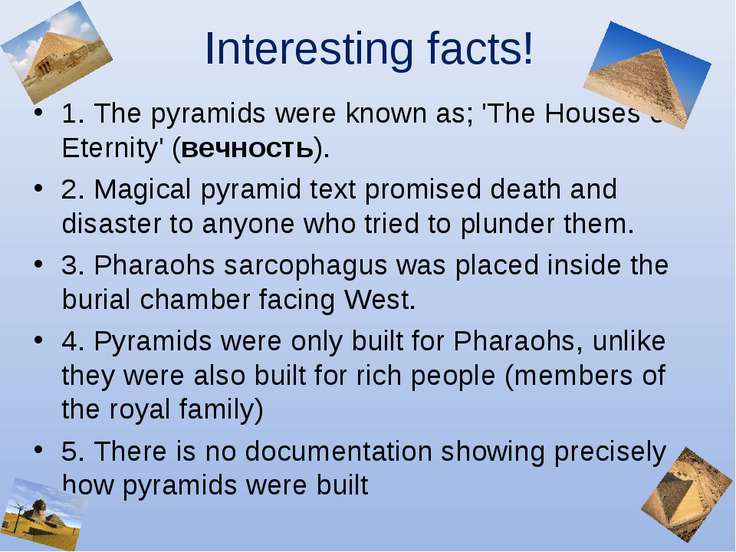 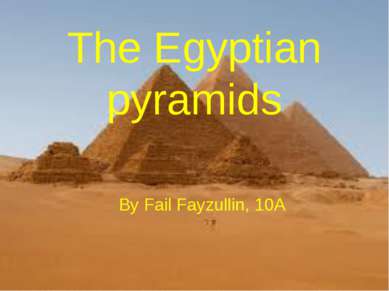 The Egyptian pyramids By Fail Fayzullin, 10A 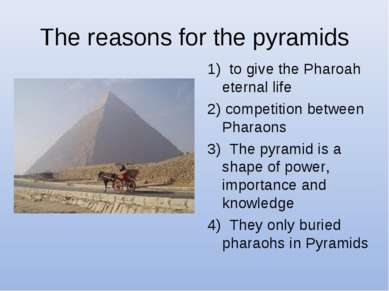 The reasons for the pyramids 1) to give the Pharoah eternal life 2) competition between Pharaons 3) The pyramid is a shape of power, importance and knowledge 4) They only buried pharaohs in Pyramids 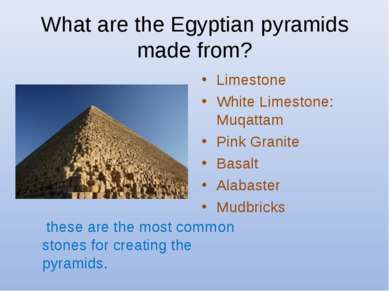 What are the Egyptian pyramids made from? Limestone White Limestone: Muqattam Pink Granite Basalt Alabaster Mudbricks these are the most common stones for creating the pyramids. 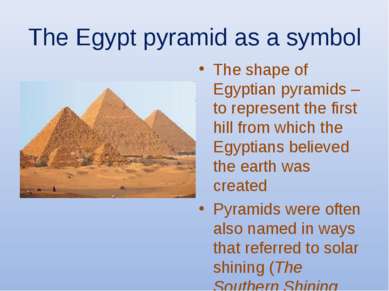 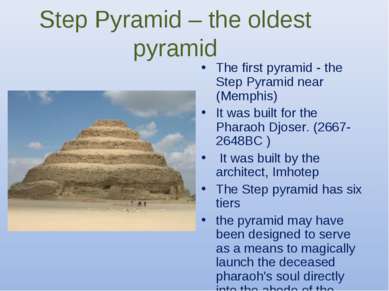 Step Pyramid – the oldest pyramid The first pyramid - the Step Pyramid near (Memphis) It was built for the Pharaoh Djoser. (2667-2648BC ) It was built by the architect, Imhotep The Step pyramid has six tiers the pyramid may have been designed to serve as a means to magically launch the deceased pharaoh's soul directly into the abode of the gods. 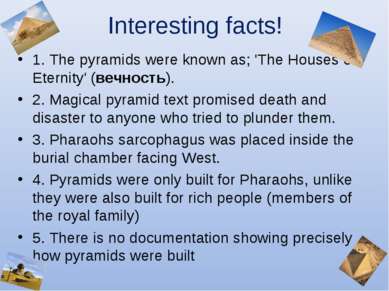 Interesting facts! 1. The pyramids were known as; 'The Houses of Eternity' (вечность). 2. Magical pyramid text promised death and disaster to anyone who tried to plunder them. 3. Pharaohs sarcophagus was placed inside the burial chamber facing West. 4. Pyramids were only built for Pharaohs, unlike they were also built for rich people (members of the royal family) 5. There is no documentation showing precisely how pyramids were built