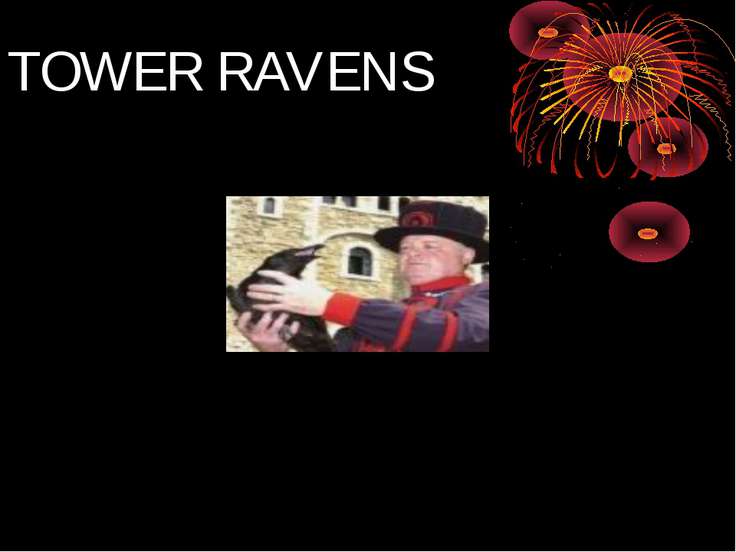 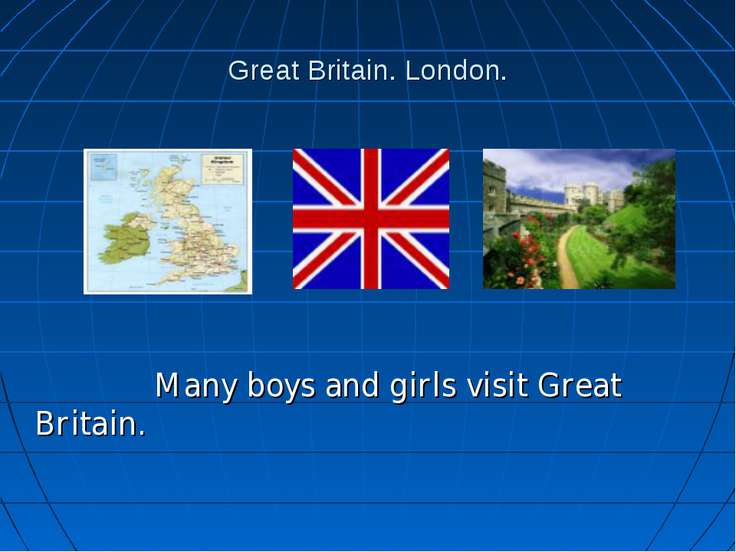 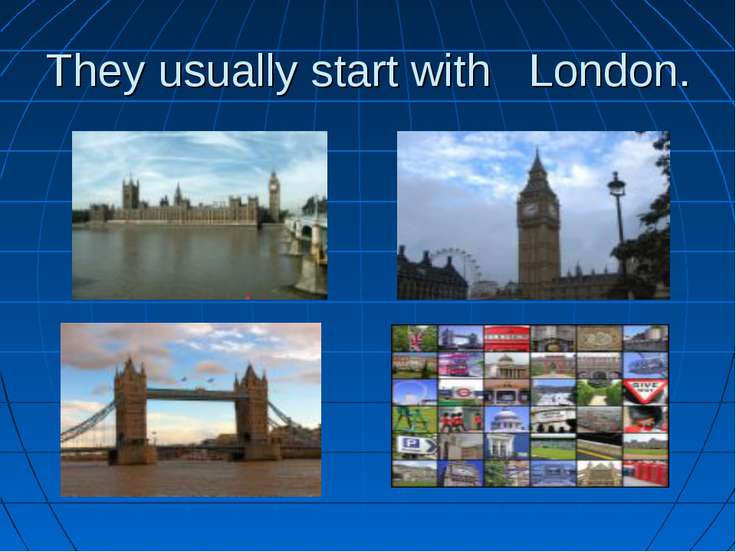 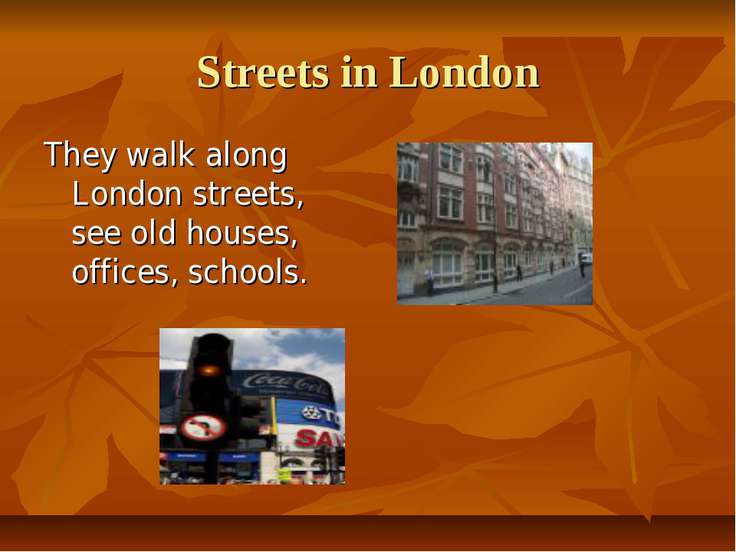 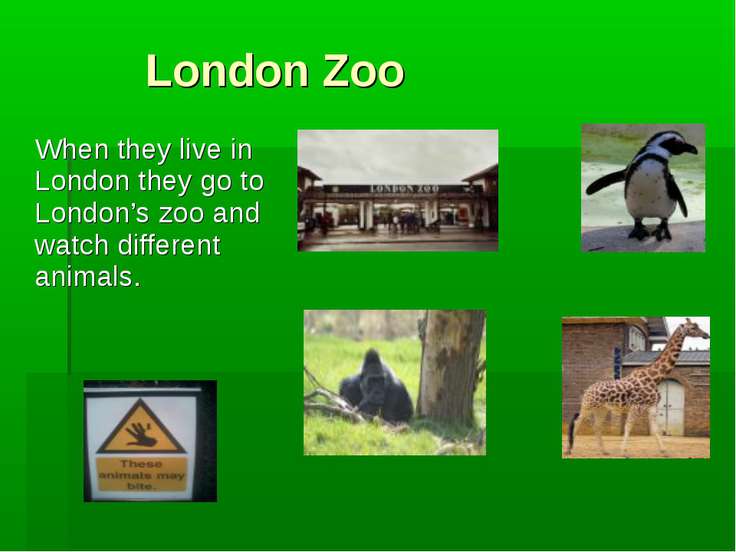 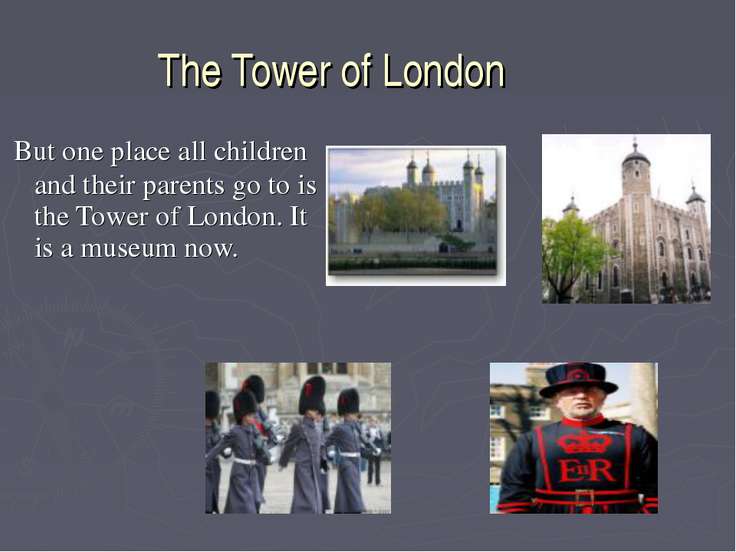 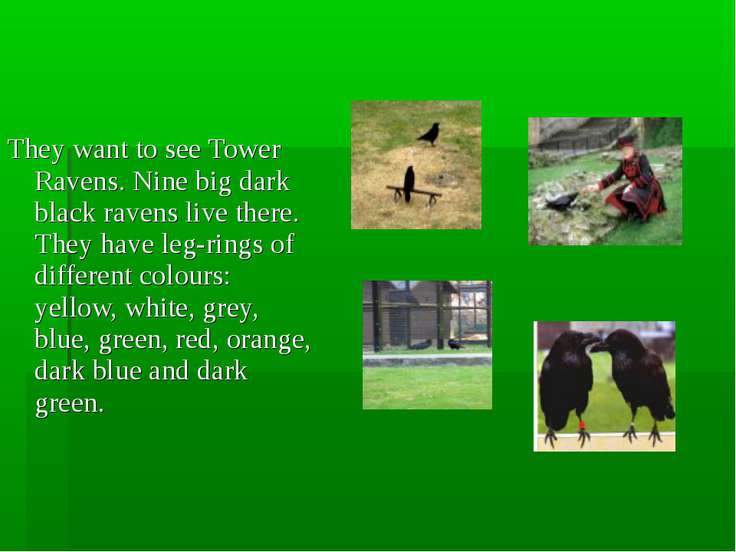 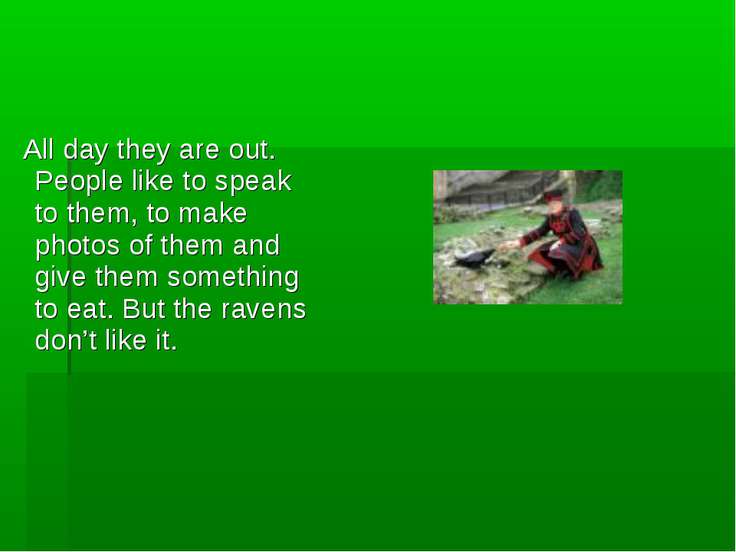 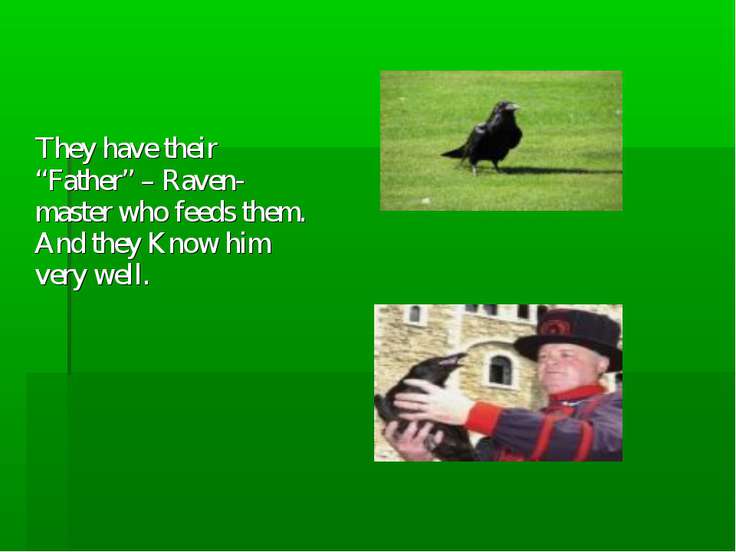 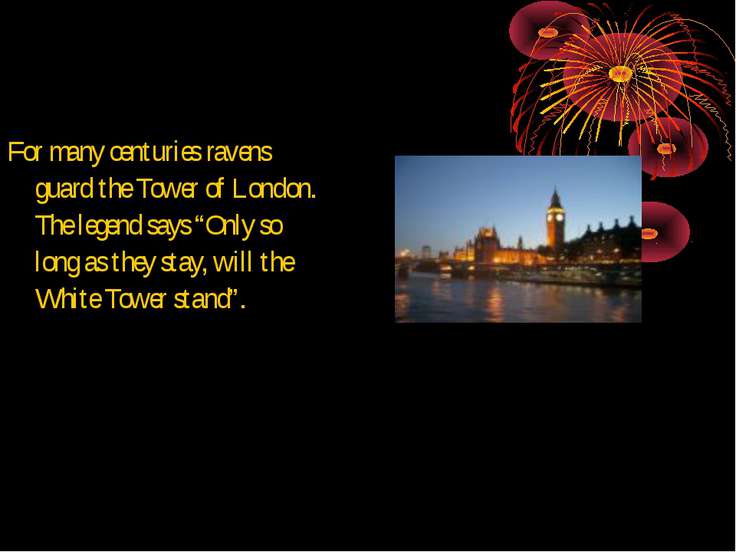 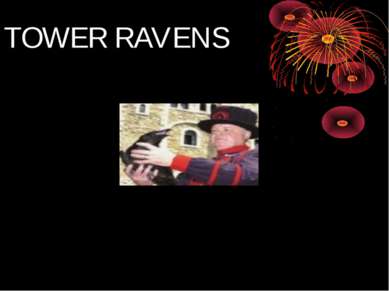 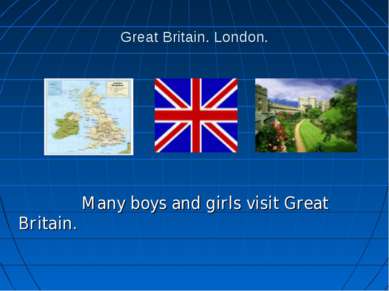 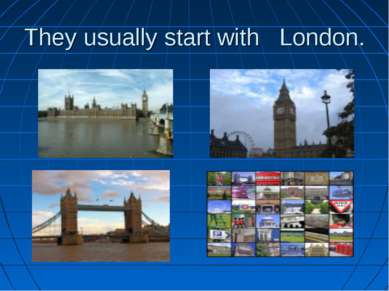 They usually start with London. 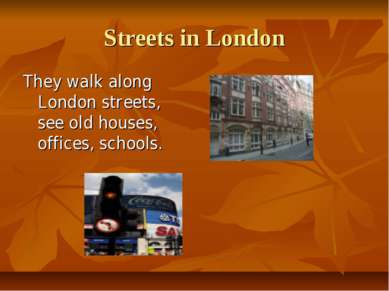 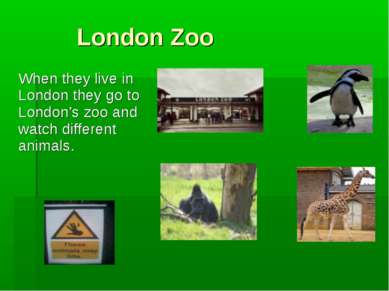 London Zoo When they live in London they go to London’s zoo and watch different animals. 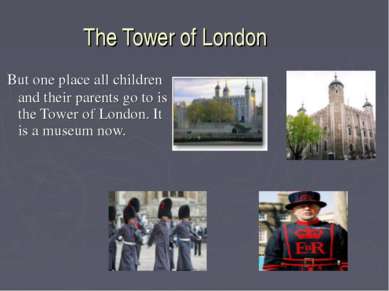 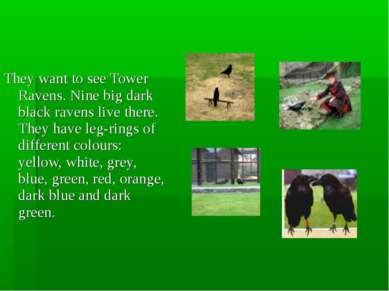 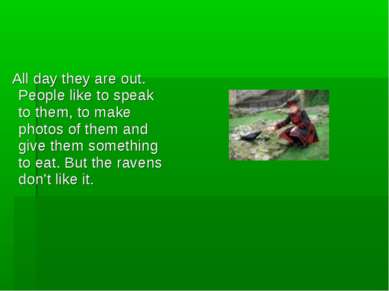 All day they are out. People like to speak to them, to make photos of them and give them something to eat. But the ravens don’t like it. 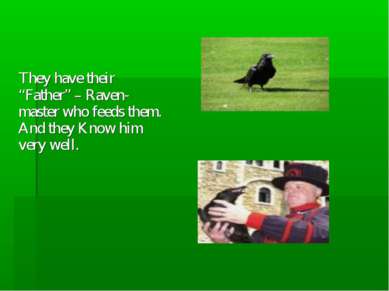 They have their “Father” – Raven-master who feeds them. And they Know him very well. 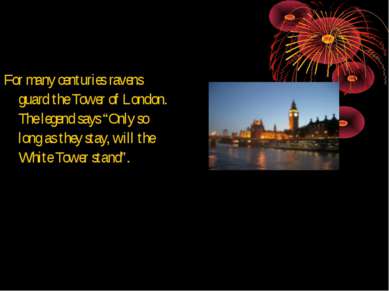 For many centuries ravens guard the Tower of London. The legend says “Only so long as they stay, will the White Tower stand”.