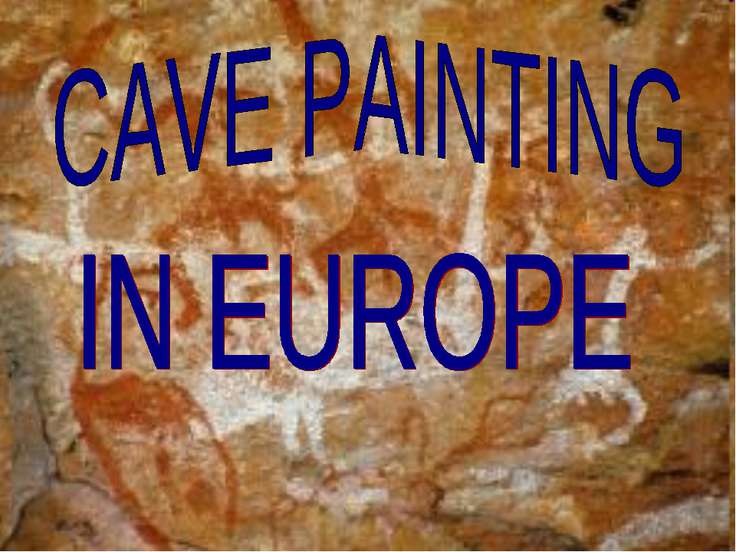 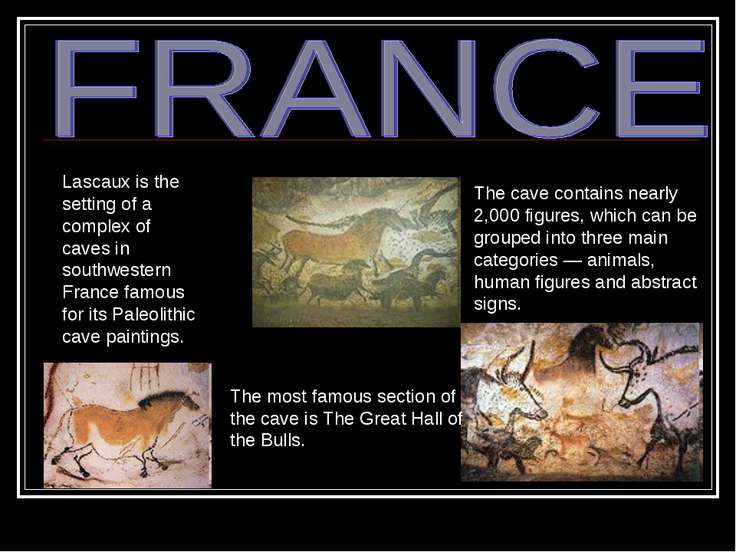 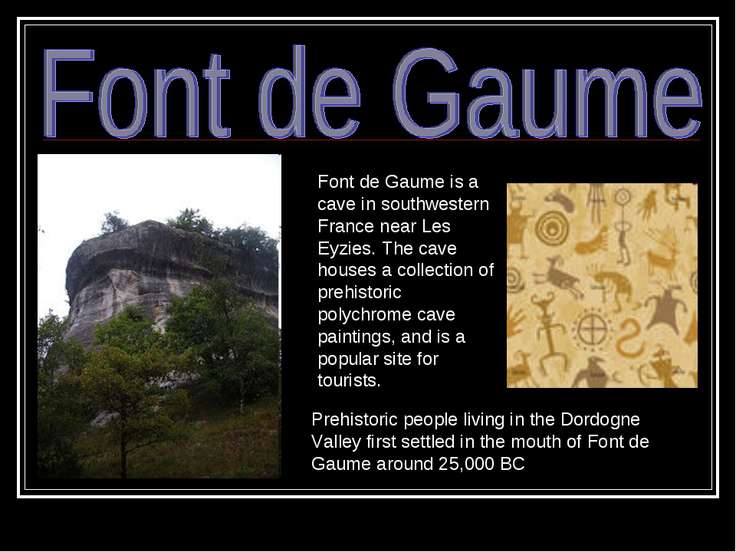 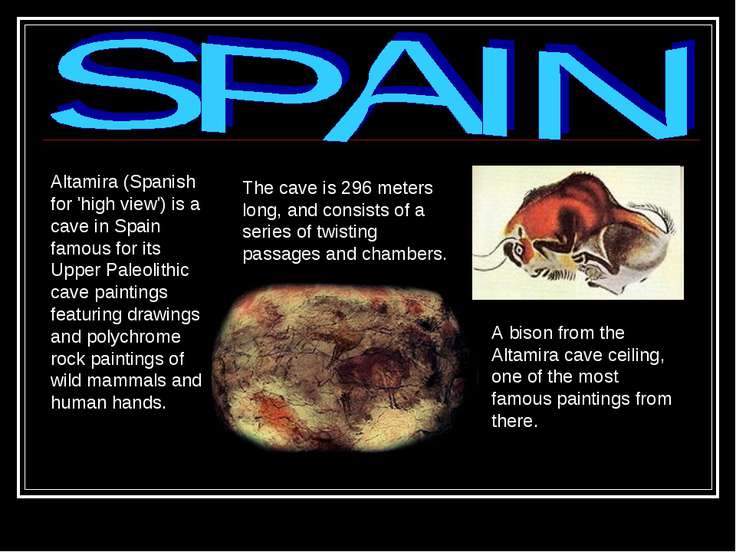 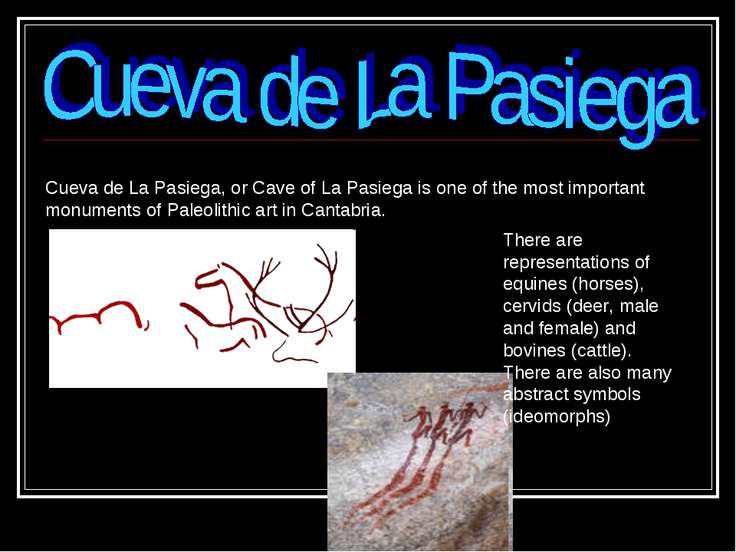 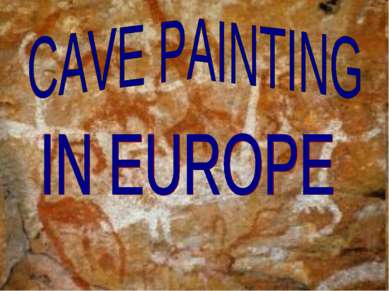 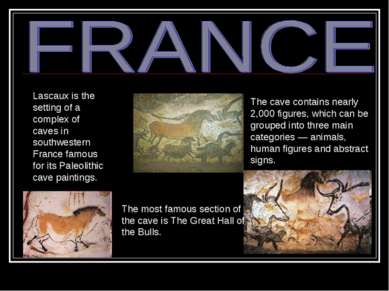 Lascaux is the setting of a complex of caves in southwestern France famous for its Paleolithic cave paintings. The cave contains nearly 2,000 figures, which can be grouped into three main categories — animals, human figures and abstract signs. The most famous section of the cave is The Great Hall of the Bulls. 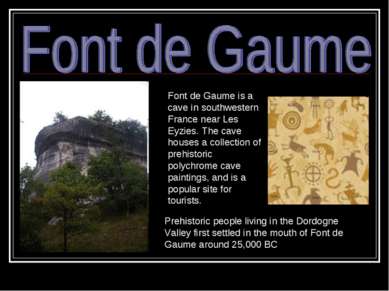 Font de Gaume is a cave in southwestern France near Les Eyzies. The cave houses a collection of prehistoric polychrome cave paintings, and is a popular site for tourists. Prehistoric people living in the Dordogne Valley first settled in the mouth of Font de Gaume around 25,000 BC 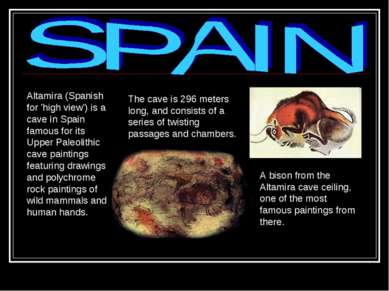 Altamira (Spanish for 'high view') is a cave in Spain famous for its Upper Paleolithic cave paintings featuring drawings and polychrome rock paintings of wild mammals and human hands. A bison from the Altamira cave ceiling, one of the most famous paintings from there. The cave is 296 meters long, and consists of a series of twisting passages and chambers. 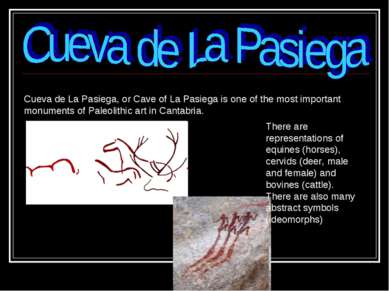 Cueva de La Pasiega, or Cave of La Pasiega is one of the most important monuments of Paleolithic art in Cantabria. There are representations of equines (horses), cervids (deer, male and female) and bovines (cattle). There are also many abstract symbols (ideomorphs)