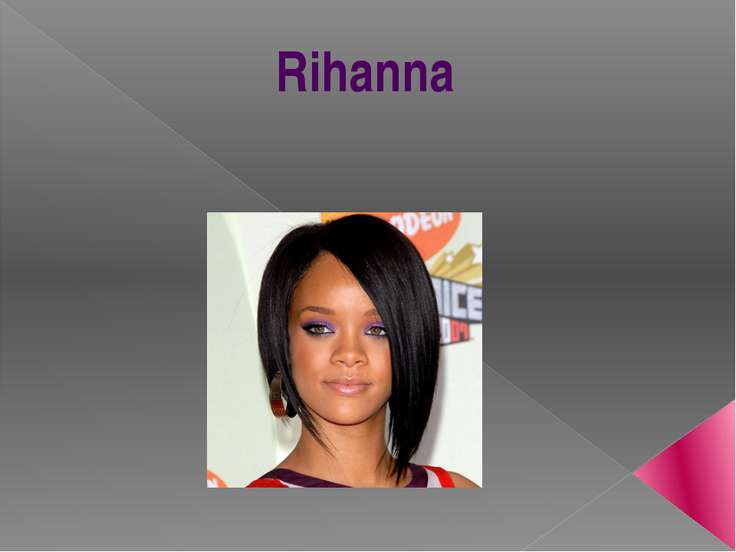 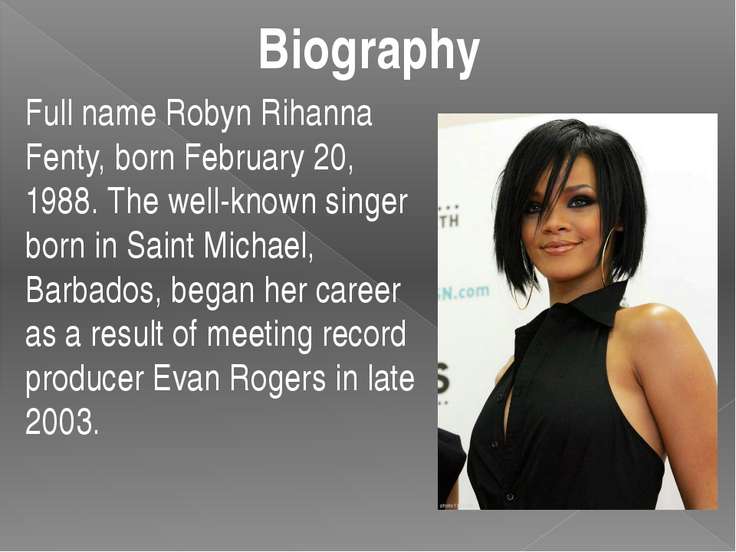 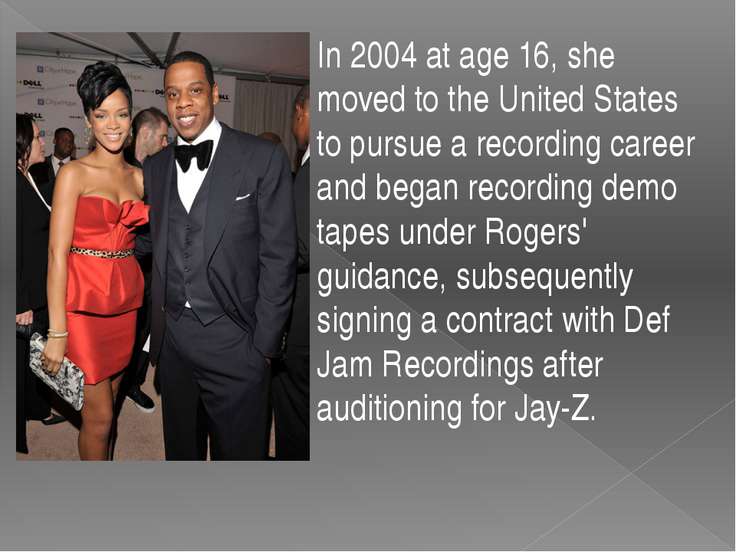 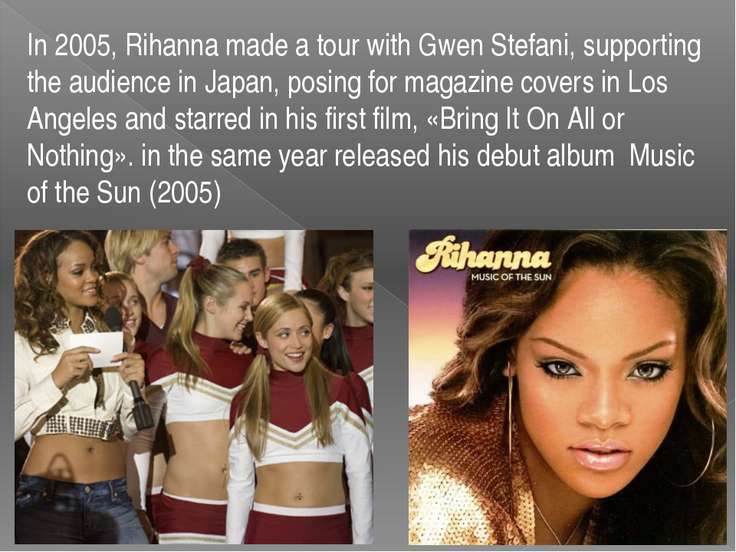 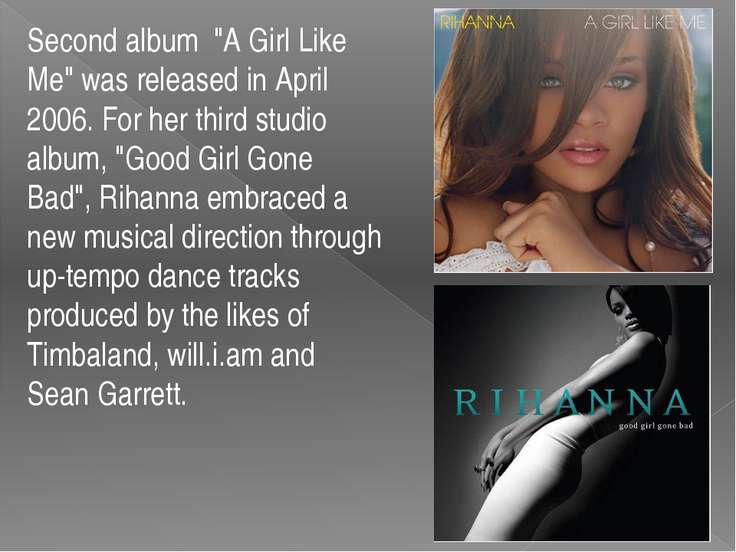 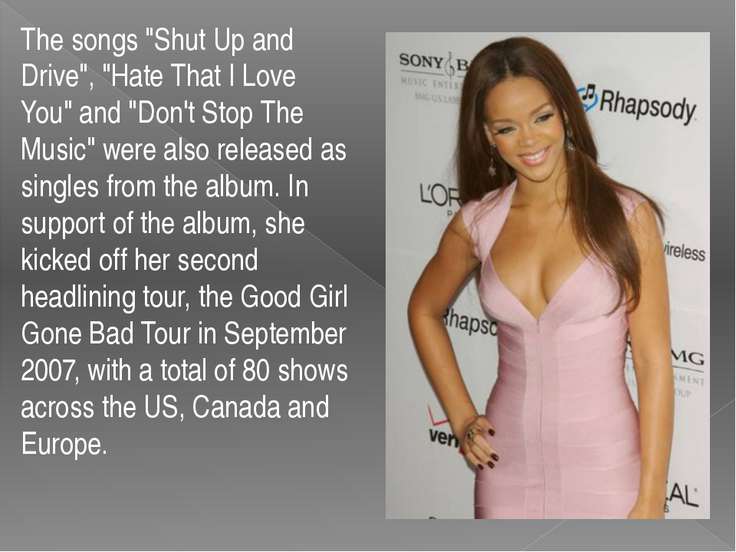 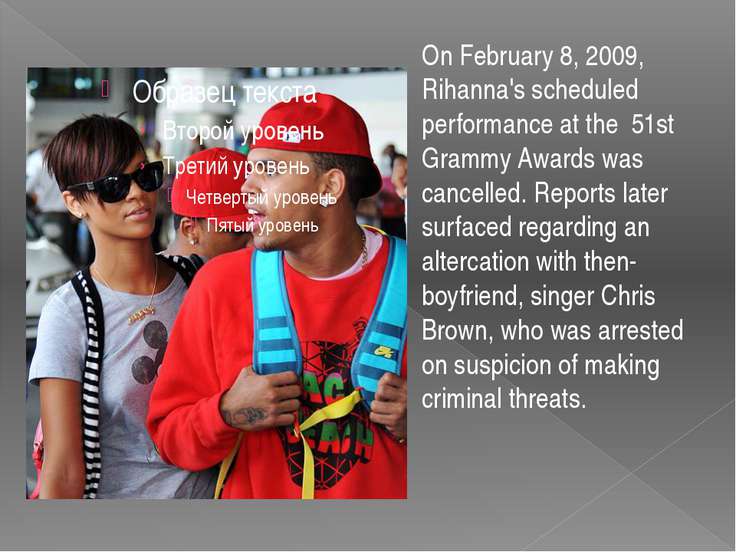 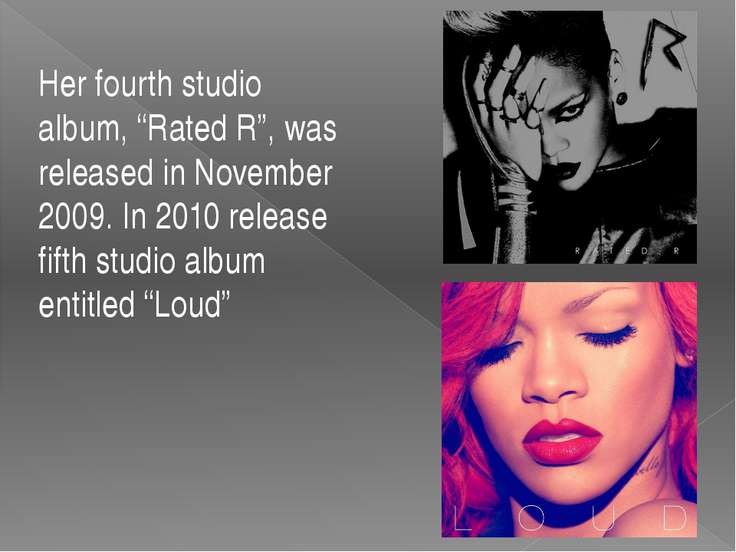 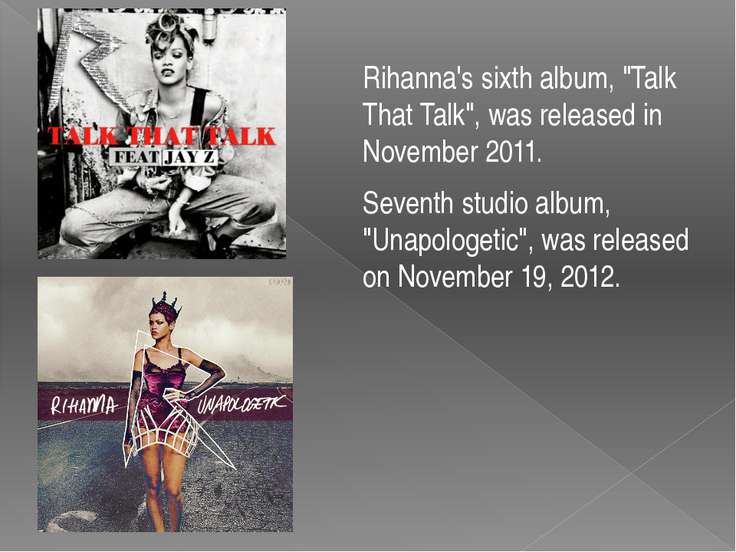 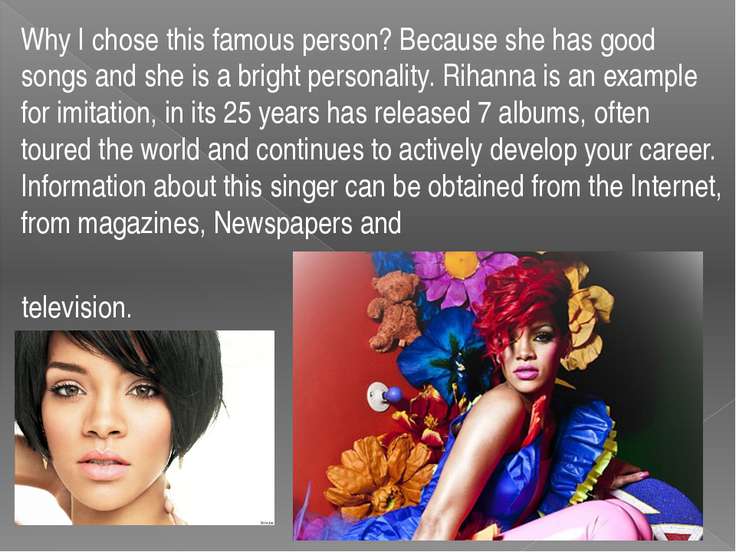 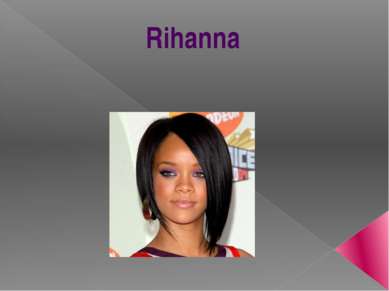 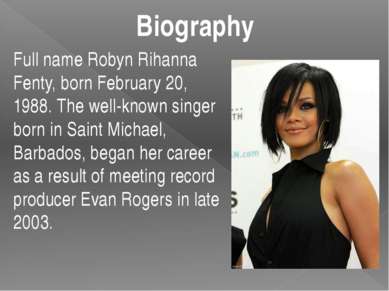 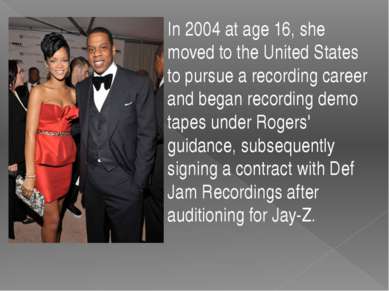 In 2004 at age 16, she moved to the United States to pursue a recording career and began recording demo tapes under Rogers' guidance, subsequently signing a contract with Def Jam Recordings after auditioning for Jay-Z. 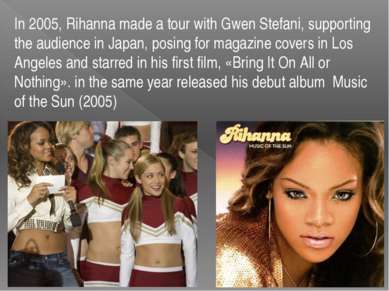 In 2005, Rihanna made a tour with Gwen Stefani, supporting the audience in Japan, posing for magazine covers in Los Angeles and starred in his first film, «Bring It On All or Nothing». in the same year released his debut album Music of the Sun (2005) 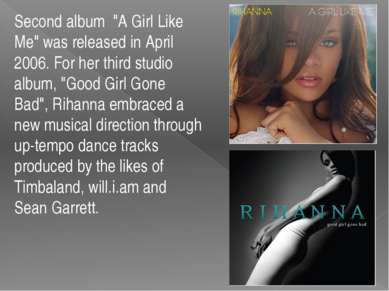 Second album "A Girl Like Me" was released in April 2006. For her third studio album, "Good Girl Gone Bad", Rihanna embraced a new musical direction through up-tempo dance tracks produced by the likes of Timbaland, will.i.am and Sean Garrett. 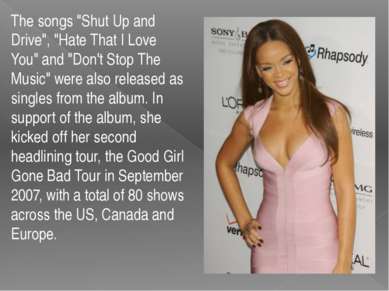 The songs "Shut Up and Drive", "Hate That I Love You" and "Don't Stop The Music" were also released as singles from the album. In support of the album, she kicked off her second headlining tour, the Good Girl Gone Bad Tour in September 2007, with a total of 80 shows across the US, Canada and Europe. 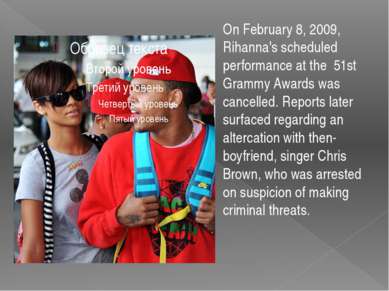 On February 8, 2009, Rihanna's scheduled performance at the 51st Grammy Awards was cancelled. Reports later surfaced regarding an altercation with then-boyfriend, singer Chris Brown, who was arrested on suspicion of making criminal threats. 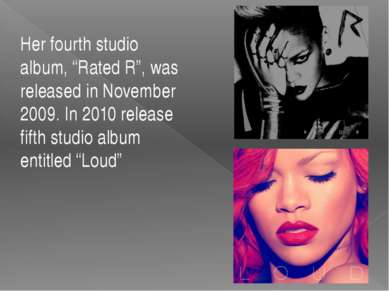 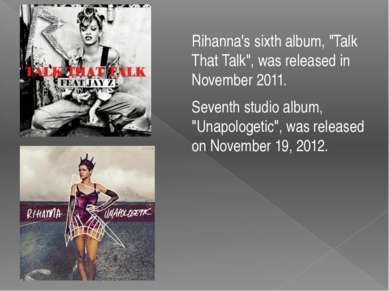 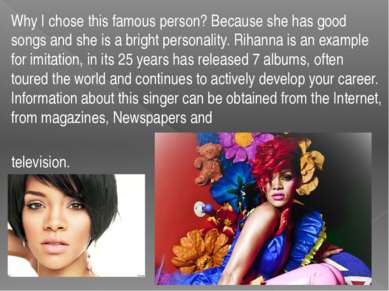 Why I chose this famous person? Because she has good songs and she is a bright personality. Rihanna is an example for imitation, in its 25 years has released 7 albums, often toured the world and continues to actively develop your career. Information about this singer can be obtained from the Internet, from magazines, Newspapers and television.